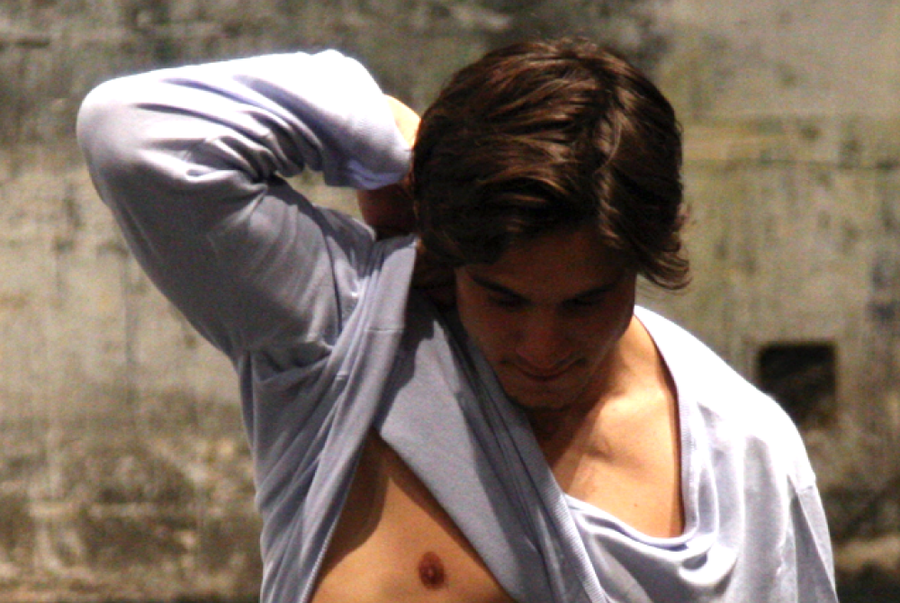 Florian Bilbao, was born in 1979 in Libourne (France). He has always spent his vacations in Soulac-sur-mer. Educated in Libourne with his grandmother, in Montpellier (with Anne-Marie Porras) and Angers (CNDC). Since 2002 he lives and works in Berlin. He worked as a choreographic assistant on two projects of the Berlin Philharmonic Orchestra’s education program (“Modern Times” with Xavier Le Roy and “Surrogate Cities” with Mathilde Monnier), teaches in Berlin schools with Livia Patrizi from TanzZeit and received a scholarship from the Berlin Senate for the dance medicine certificate “TaMed”. As a performer, dancer, actor or even art object he has worked with Sommer Ulrickson, Tino Sehgal, Dieter Heitkamp and Christoph Winkler, among others.