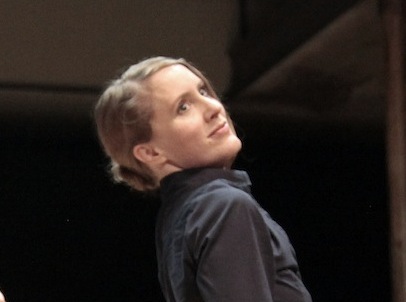 Nicola Schössler studied acting at the FolkwangUniversity Essen from 1993 to 1997 and then worked in Bochum, Düsseldorf, Brussels, Mainz, Freiburg, Hannover and Würzburg, as well as collaborated with Wim Vandekybus. She was also a member of Peter Stein‘s Faust ensemble. In addition, she directed the piece s Nachts, a solo for Vandekeybus. She began appearing in TV dramas and films in 1996 e.g. Heimat 3 by Edgar Reitz. In Berlin, she has performed e.g. in pieces by Hans-Werner Kroesinger.