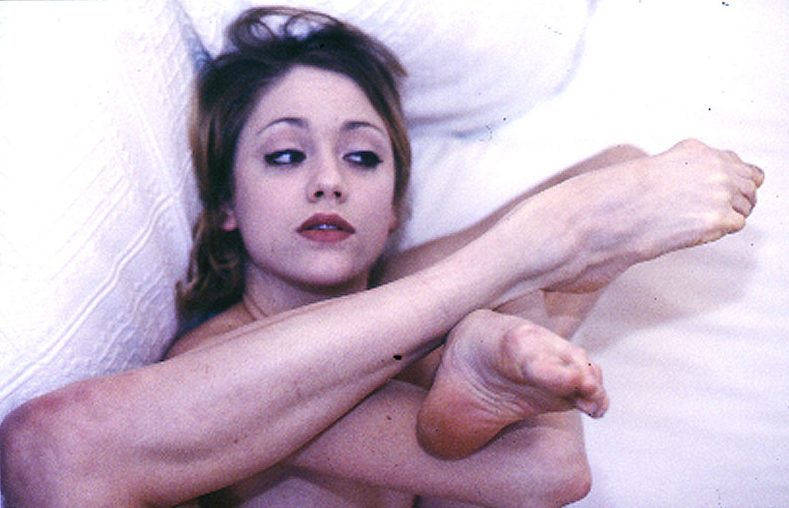 Sarah Grether was born in 1982 in the USA. She received her early classical dance education from the Channel Islands Ballet School in Ventura, California and at the Hamburg Ballet School under the direction of John Neumeier in Hamburg Germany 1998-2001. In 2000 she participated as a half finalist in the World Competition Prix de Lausanne. From 2001-2006 she worked at the Stuttgart Ballet under the direction of Reid Anderson, as a group and soloist dancer. During her years in Stuttgart Ballet she danced solo and main roles from choreographers such as John Neumeier, John Cranko, Uwe Scholz, Glen Tetly, Christan Spuck, and Hans Von Mannen. After her classical years in Stuttgart Sarah dove into new avenues of expression and expanded her career in modern dance, performance art, singing and acting. Since 2006 she’s been working as a freelance artist under the direction of various directors/choreographers such as Christoph Winkler, Patrick King, Ismael Ivo, Constanza Macras, Pierre Wyss, Antonio Gomes, Peter Rein, Barbora Kryslova Greiner and others. Sarah has also created works of her own which have been performed at the Nouverre Society in Stuttgart, Germany and the Dampfzentrale in Bern, Switzerland. Sarah is currently herself in Berlin and she is completely confused; but that’s possibly the best she’s ever been.