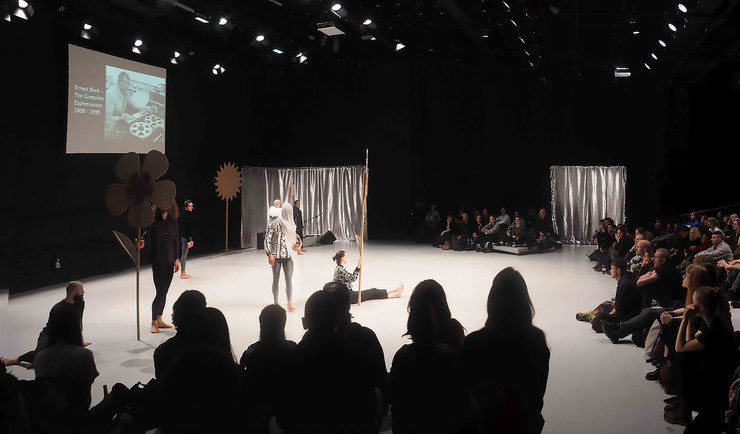 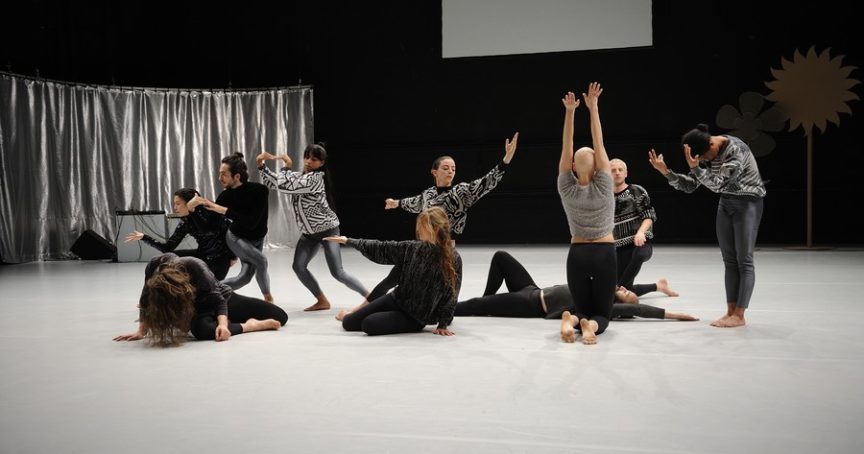 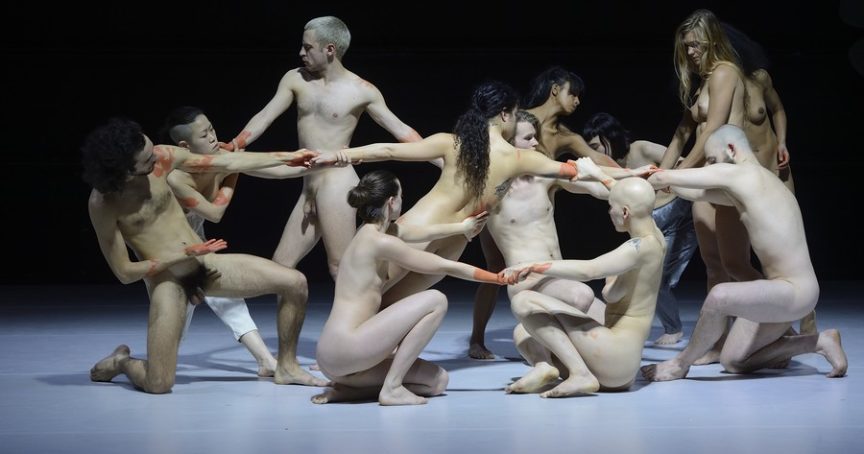 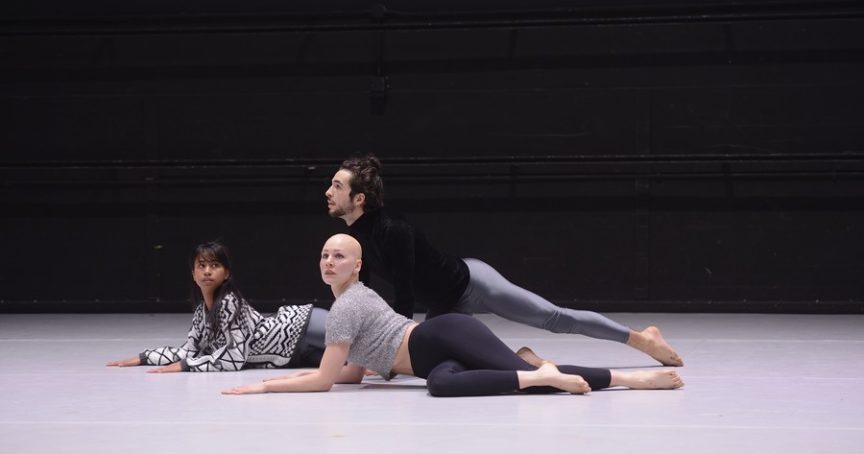 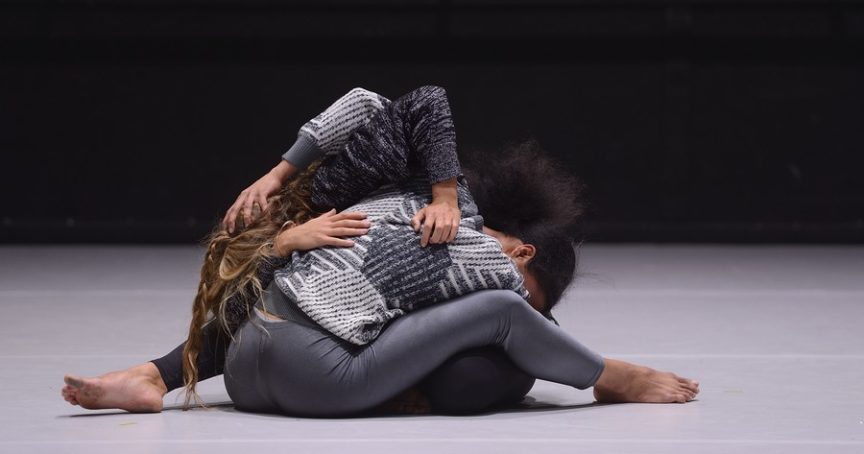 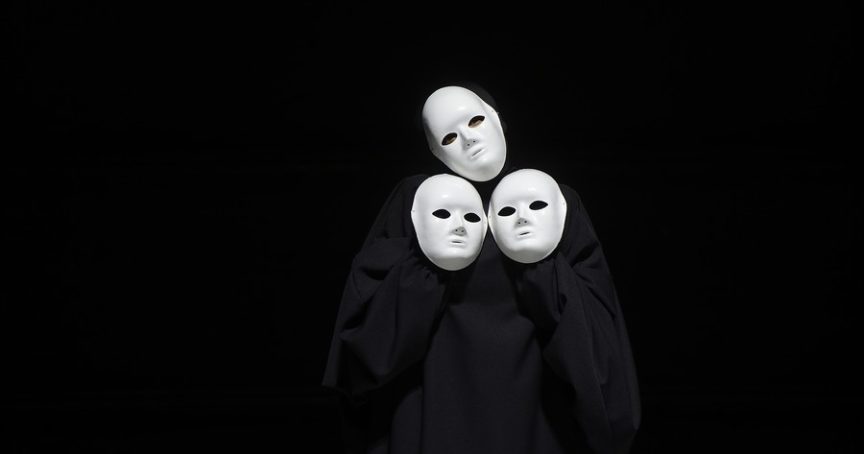 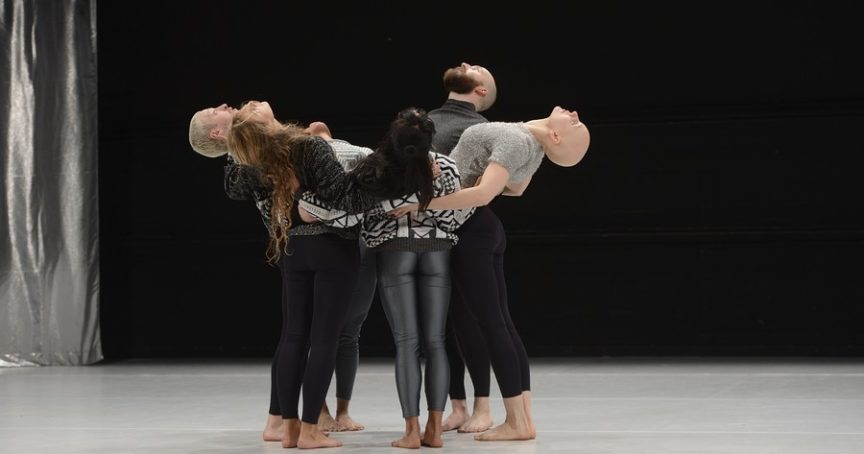 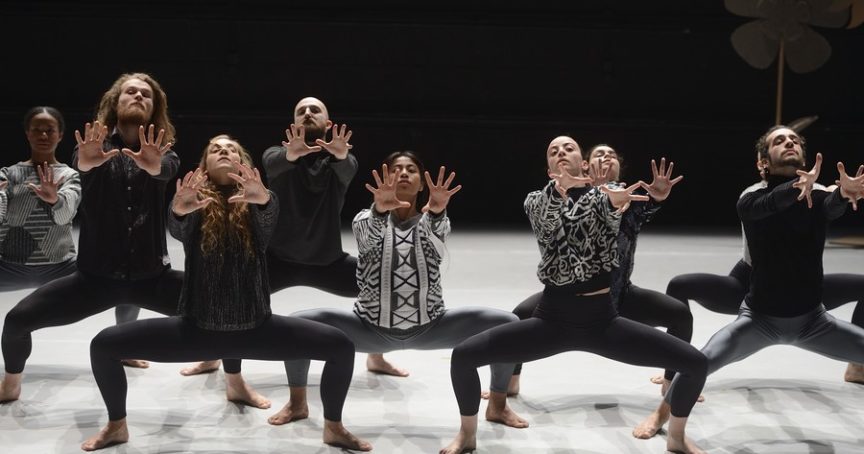 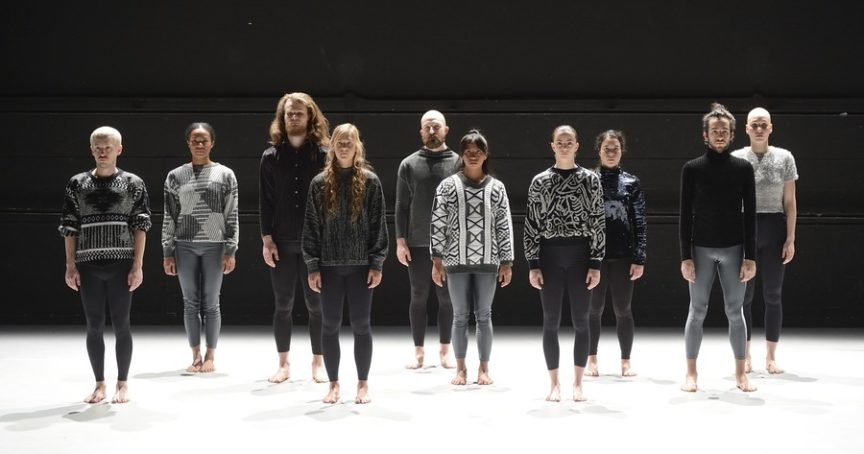 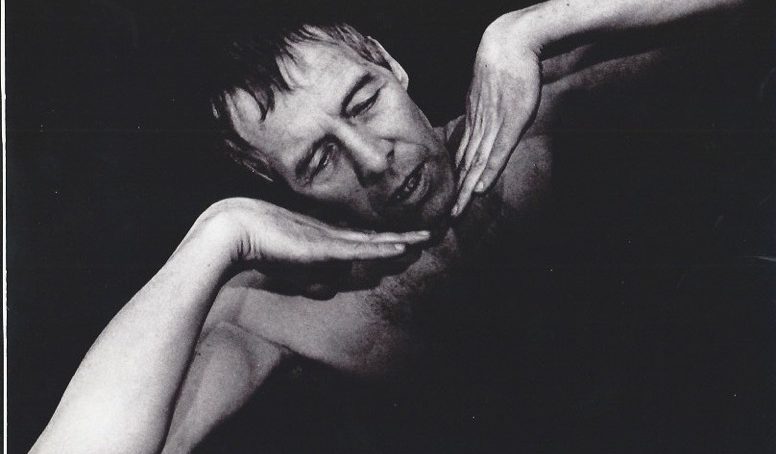 As with so many artists of the time, Berk’s life and work were inextricably linked to and fundamentally shaped by the turbulent political climate: the Nazi suppression of leftist and Jewish intellectuals led to the exile of Berk and his wife Lotte Heymansohn (also a dancer, and Jewish) to Great Britain in the 1930s after Lotte was banned from performing in Germany and after both were blacklisted by the Nazis. Berk opened a studio in Camden, London and began dedicating himself more seriously to the composition of electronic music and musique concrète, at first mainly for his own performances but then also for theatre, television, and film. His synthesis of musique concrète and movement made him one of the most visionary in a wave of pioneering electronic music composers. He also continued to develop an individualised style of dance rooted in ideas of social reform and freedom of expression. It wasn’t until the 1980s that Berk would return to Germany – this time to Berlin, where he began teaching music therapy and improvisation at both the performing arts and music departments at the Arts university, Hochschule der Künste (now Universität der Künste).

Despite far-reaching influence within music and dance scenes during his lifetime, Berk never truly achieved lasting recognition; his legacy as a composer, performer, and pedagogue has all but slipped out of the public consciousness. Like many persecuted artists who fled Germany for the UK, his career was greatly disrupted by the transition to a drastically different creative scene. Although widely embraced in his new country, he was never truly appreciated for what he accomplished. When he died in Berlin in 1993, he was destitute – his position at the UdK had ended because of internal restructuring. In this festival edition with its focus on Turmoil, we turn to Berk’s inspiring example as a witness to and survivor of great social and political unrest. We also celebrate his unique and life-affirming response to that unrest.

In “The Complete Expressionist”, the celebrated and versatile Berlin choreographer Christoph Winkler will oversee the long-overdue reconstruction of Ernest Berk’s dance pieces and the performance of selected musical compositions as live tape concerts. Ten dancers, including Martin Hansen, Lois Alexander, Emma Daniel, Sarina Egan-Sitinjak, and Julia B. Laperrière, as well as Berlin-based experimental musicians groupA, Rashad Becker, and Pan Daijing will reinterpret various pieces from Berk’s extensive body of work, all of which explore the interplay between dance and music. Whereas some performances strive to provide accurate reconstructions of original pieces, others will reference the originals through performativity or feature new compositions that pay tribute to Berk through adherence to his texts about performance. The evening, which resembles programme cycles typical of the 1960s and 70s in its eclectic collaging of short works, includes solo dances, duets, and group pieces both pre-composed and improvised. A lifelong believer in and practitioner of nudism, in the 1970s Berk regularly hosted “trance dance sessions” at his studio in which he improvised repetitive electronic rhythms and dancers moved, naked, in repetitive gestures. These sessions will be reenacted via two pieces, and group A will provide the live soundtrack using samples of Berk’s original rhythmic patterns. In collaboration with Pan Daijing, Rashad Becker will use fragments from Berk’s original material but also present new material inspired by Berk’s working methods, musical structures, and textual instructions.

The Complete Expressionist – A Tanzfonds Erbe Project is a Christoph Winkler and ctm project in collaboration with ehrliche arbeit – freelance office for culture. Funded by TANZFONDS ERBE – A Federal Cultural Foundation Initiative as well as by the Berlin Senate Department for Culture and Europe/ Co-Finance Fund &nb