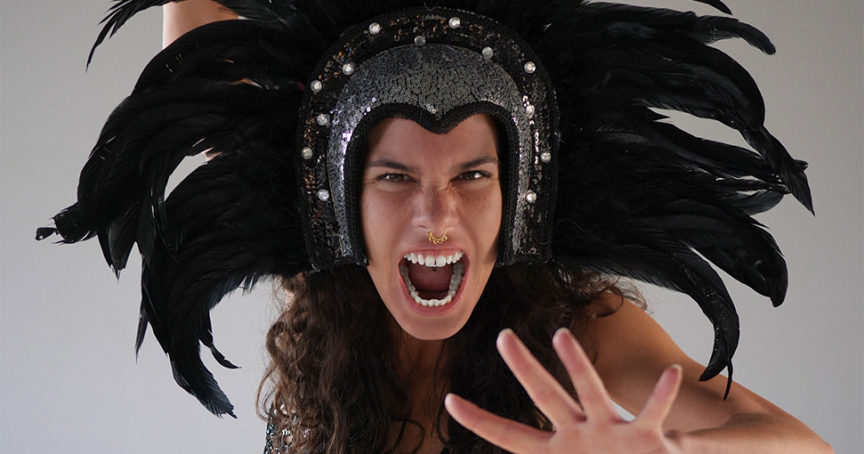 An interdisciplinary collaboration with the Dortmund Opera and WUK performing arts

Although we live in a highly visual culture, human voices fascinate us in so many ways because the pitch of people’s voices reveals so much about them.

The voice is what makes us stand out. And it also simultaneously reminds us that perceptions are relative.

The simple truth of voices without the mediation of articulated language, communicates the elementary realities of existence: singularity, relationality, gender difference and age.

However, despite our uniqueness, there are many voices, who are not heard or listened to. Women in particular are often overheard or their speech referred to as “noise”, ostensibly unbearable (for men) to listen to.

History is full of examples of the ambivalence with which our society views female voices. From Homer’s sirens to H.C. Andersen’s mermaid, from Kant’s remarks about the frivolous chatter of women in the next room to the female voices of electronic devices, the attitude is clearly one that considers the female voice to be a danger to society.

Not so long ago, Hillary Clinton’s voice was described as entering the ear ‘like an ice pick’, while also being accused of ‘making angels cry’. Michelle Obama was criticized both for ‘talking like a white girl’ and for being ‘too loud, too angry, or too emasculating’.

As anachronistic as these statements may be, they are part of our social reality. Women who raise their “voices” are exposed to latent threats. A simple glance at various social media comment sections makes this amply clear.

This problem has numerous consequences. For example, studies have shown that female voices in general have deepened over the last years. The vocal range of women in management positions tends to become more similar to men’s over time. In contrast, we see and hear a broad spectrum of performative female voices in concert and performance. Despite the social ambivalence, many artists choose to conquer spaces along the aesthetic fringes and surprise us with unusual access to vocal material.

Against this backdrop, the project “Her Noise” deals with different aspects of female voices to create a choreographic concert. We are looking at pieces of music that specially reference the female voice and its emancipation, such as Pauline Olivero’s “Bye Bye Butterfly”, as we attempt to find physical expression for it. Furthermore, we have invited four artists, who deal with voice and noise in their own practices.

Lucrecia Dalt, Stine Janvin, Colin Self and Lena Wicke – Aengenheyster (Monster Woman) will be contributing aspects of their own working methods to the rehearsal process as well as developing musical material together with the dancers of the company. The dancers will record this material and add their own. In this form, the piece will evolve out of a process of shared authorship.

The performance combines musical parts with various performative scenes to reflect on the potential of female voices.