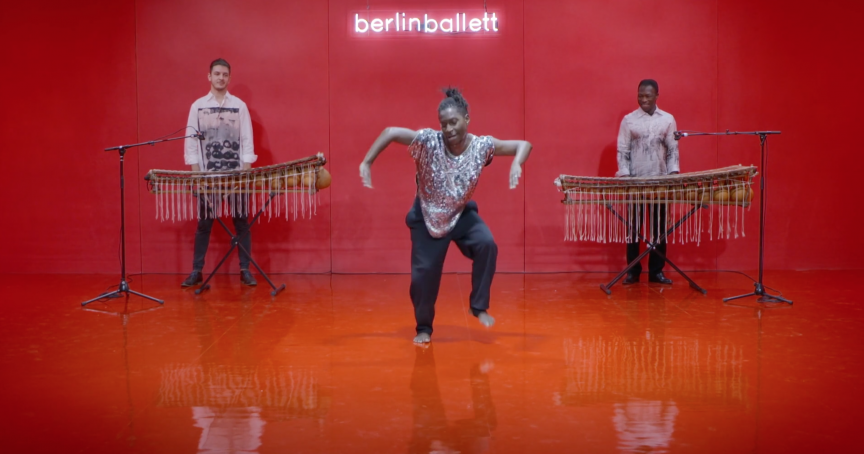 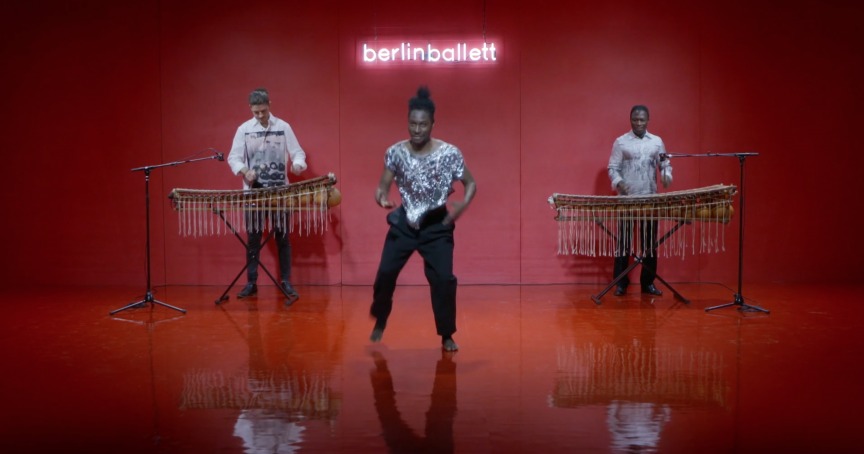 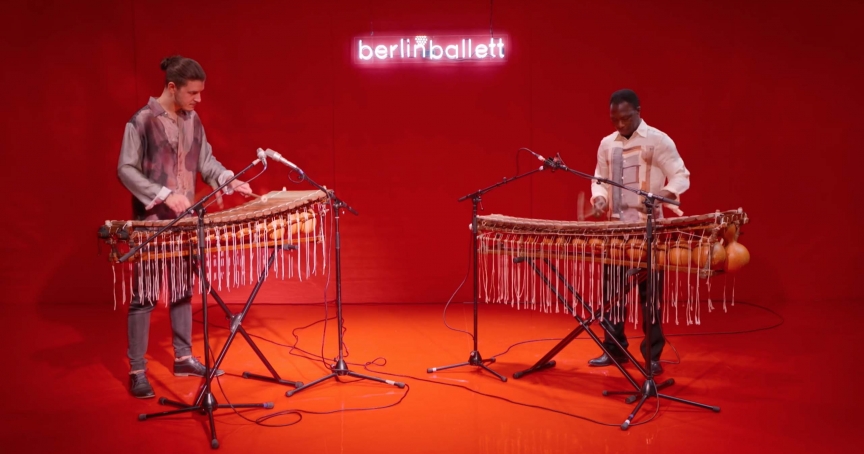 The pieces “Senedon” and “Balafon Phase” are part of an exploration of the concept of minimal art in the context of African cultures.
The impulse for this series, which is summarised under the title “Ndogo”, arose from a discussion with the Ugandan dancer-choreographers Michael Gagawala Kaddu and Robert Ssempijja after a performance of the piece “Fase” by A.T. Kersmaeker.
Minimalism as an artistic concept in its own right is largely unknown on the African continent. In Luganda, for example, a widely spoken language in East Africa, there is no meaningful translation of minimal. In Swahili, one would have to resort to kidogo or ndogo = small to explain this concept. Minimalism and repetition as a form of expression, on the other hand, are present everywhere.

The music of “Senedon” is based on improvisations on various themes and techniques by Steve Reich. Michael Gagawala Kaddu developed material based on repetitive steps of traditional Ugandan dances. Senedon is an expression from the Bambara – Malinke language area and means “dance of the workers”.

This video is part of the project "Ndogo" by Company Christoph Winkler. Funded by the Senate Department for Culture and Europa.