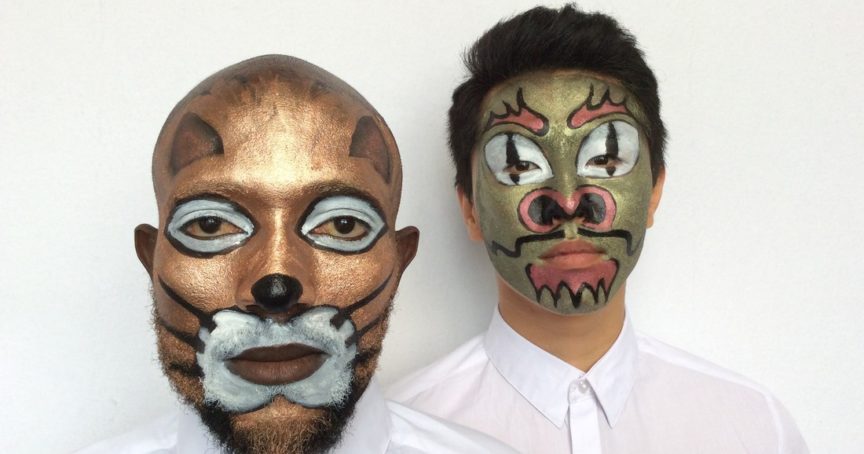 Achille Mbembe’s “Critique de la Raison Négre” is a succinct reappraisal of last century’s colonial tragedies. Inspired by the recently published German translation of this important contribution to the debate on critical whiteness, Christoph Winkler endeavors to apply the analysis to contemporary dance. Most techniques, styles and practices that dominate what we call “contemporary dance” today, originally developed in Europe and the USA during the 1960’s. Many dancers base their current practice on categories such as “trust”, “responsibility” or “emancipation”. They strive to work in structures that question hierarchies and favor collective dynamics. However, the artistic practices that spawned these widespread approaches are rooted in “white” experience (unlike urban dance). So while, contemporary dance remains a central point of reference for many, its appropriation finds expression in bodies unaware of their origins.

Studies on Post-Colonialism is a series of dance pieces, lectures and performances to be developed in collaboration with dancers from Europe, Africa and Asia throughout 2016 & 2017.

A Christoph Winkler and ehrliche arbeit production, co-produced by SOPHIENSÆLE and monsun.theater Hamburg. Made possible by the Governing Mayor of Berlin - Senate Chancellery - Cultural Affairs and the National Performance Netz (NPN) Coproduction Fund for Dance, which is funded by the Federal Government Commissioner for Culture and the Media on the basis of a decision by the German Bundestag. Media partner: taz.die tageszeitung.

Study 4: Dancing Like a White Guy – The Goldberg Variations (dedicated to Steve Paxton) with Aloalii Tapu

Study 5: The Lion and The Dragon with Naishi Wang + Ahmed Soura

Responding to the zeitgeist, while simultaneously challenging choreographic trends: that is the forte of Christoph Winkler, who has been tirelessly bringing piece after piece onto the stages of Berlin since 1998. In "Five Studies on Post-Colonialism", as in his previous "Witch Dance Project", he references that contemporary expansion of the Western experience, which is trying to learn via the project of post-colonialism that a US-European world view is not the only valid one. "Five Studies" once again reveals his grasp of contemporary discourse and love of ideosyncratic form. Three of the five half-hour pieces are 'purely' dance – at sight for sore eyes in the rather performance-heavy Berlin dance scene. The other two pieces play comedy style with verbal slapstick stereotypes, while retaining a strong focus on movement.
A pleasantly corny contest of clichés - Elena Philipp, tanzraumberlin.de