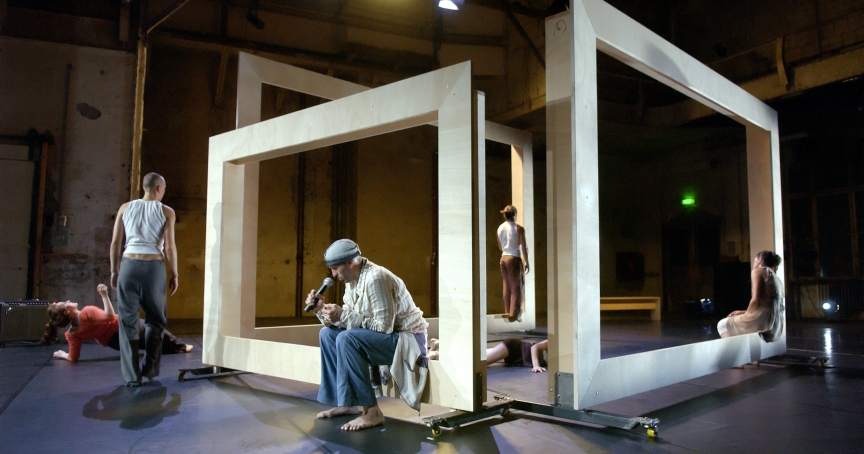 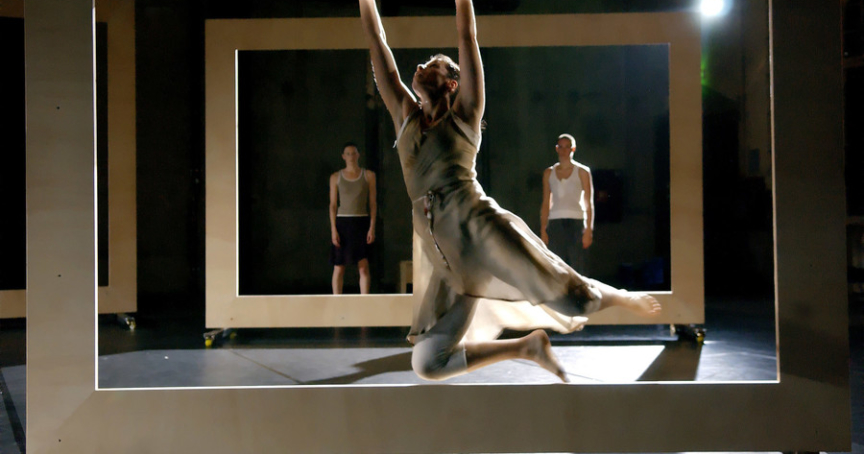 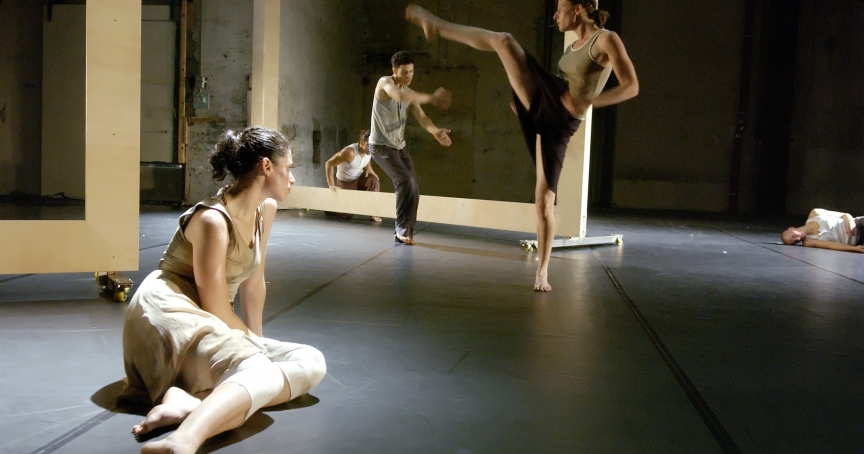 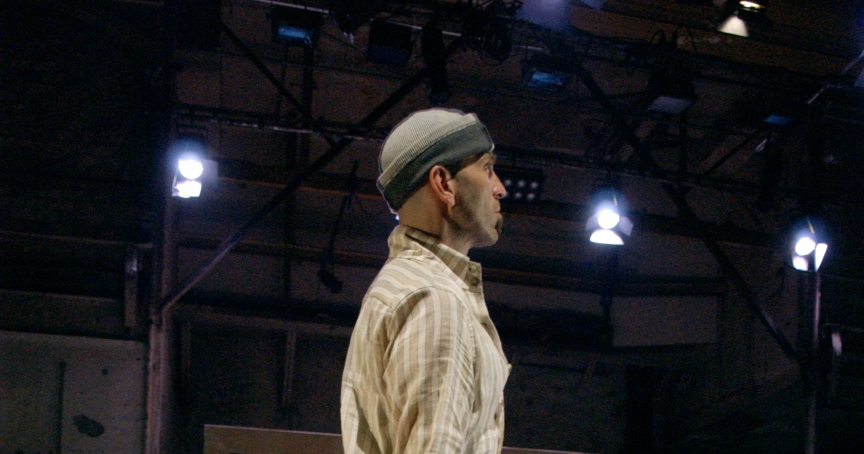 No matter if it’s “Ain’t no grave can hold my body down”, “See that my grave is kept clean” or simply “Poor Lazarus” – the leitmotif of resurrection runs throughout the history of the blues from its beginnings onwards. The Lazarus theme reappears again in a different field of contemporary life and in medical terms describes the distinct, to a certain degree quite complex movements of a (brain) dead person. The piece turns this phenomenon into a metaphor: the Lazarus signs are a body’s blues freed from cognitive dominance. For this, embodied by the brain, declares itself the measure of life and opens up a no man’s land between death and life, within which the words life and death have lost their meaning.

"...the choreographer sends eight dancers onto the sparse stage. They work, so it seems, hard on the borderline of the physically possible. They fall, throw themselves about, stretch, vault, pull themselves along, climb on high beams, twist themselves in shoulder stands and stand suspended in yoga-like extreme positions, until it becomes almost unbearable, and then there are new impulses, which trigger new movement patterns and tempi. It’s an exceptional state of being, which the dancers under Winkler’s direction are willing to go into - an excess that drips out of their pores and sometimes, after especially difficult, intensive movement parts, a glow is visible on their faces. To experience this moment with them is worth all the discipline that it takes to persist the full eighty minutes on the hard audience seats. ... Winkler isn’t wellness, that is clear. His newest piece "Lazarus Sign" is strenuous and unwieldy. It tells no story, spreads no calm and in the end refuses to offer an explanation to the mysterious experimental set-ups, which the bodies out there on the boundary lines of reason are executing. That is why it’s an exceptionally beautiful piece, because these bodies act as if they could forget themselves. Just for a moment.” - J.Sittnick, taz

A woman occasionally twists her arms into bizarre positions, her body is racked with chicken like twitches that find no end; in the long run they become a very own distinct kind of dance, something beautiful. And then there’s: a danced round, a wandering ghost dance in space, a declaration of love to movement itself, to its liveliness, whatever that may be based on. Winkler avoids the overly evident and even more so the moralistic. Instead he opens up spaces of association. The connection between subject matter and action on stage occurs only in the heads of the audience." -Michaela Schlagenwerth, Berliner Zeitung