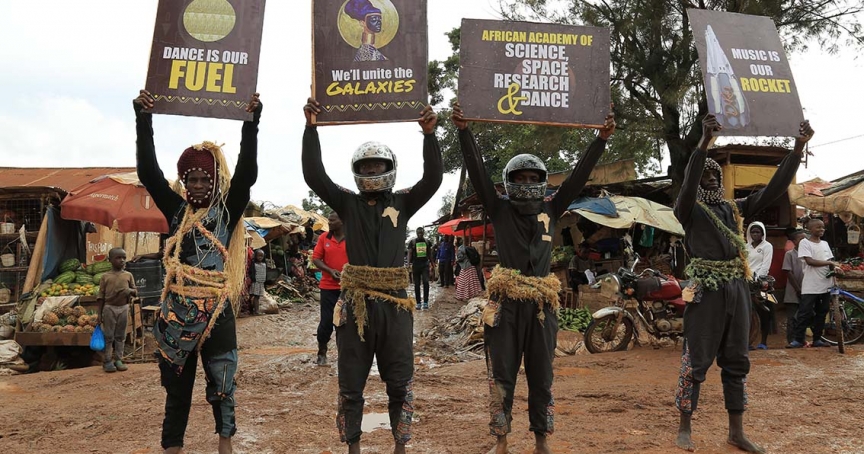 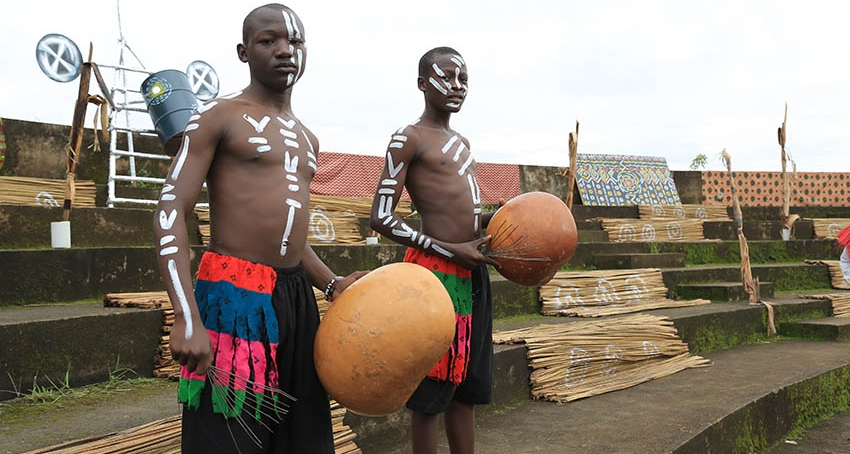 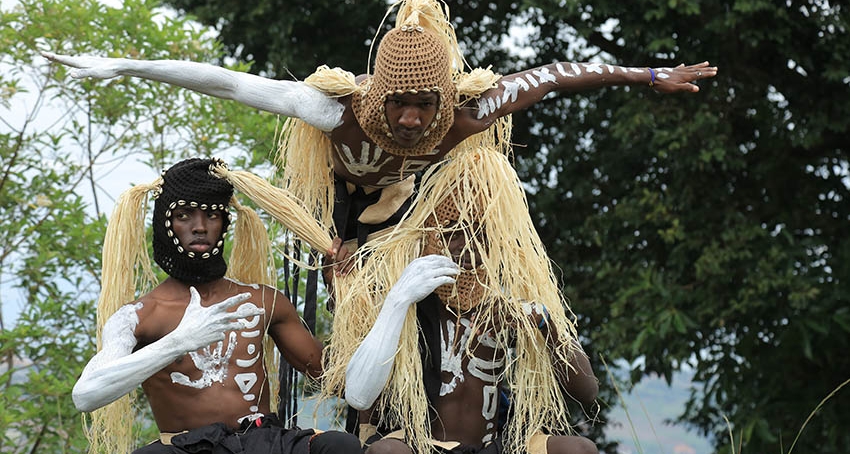 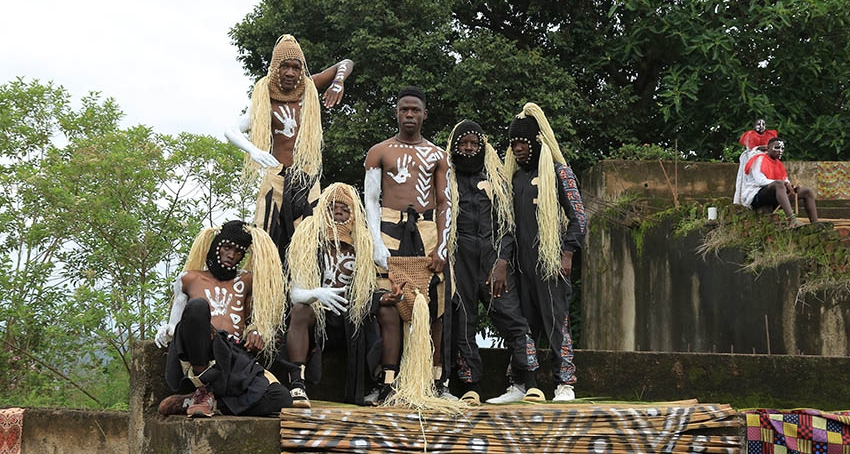 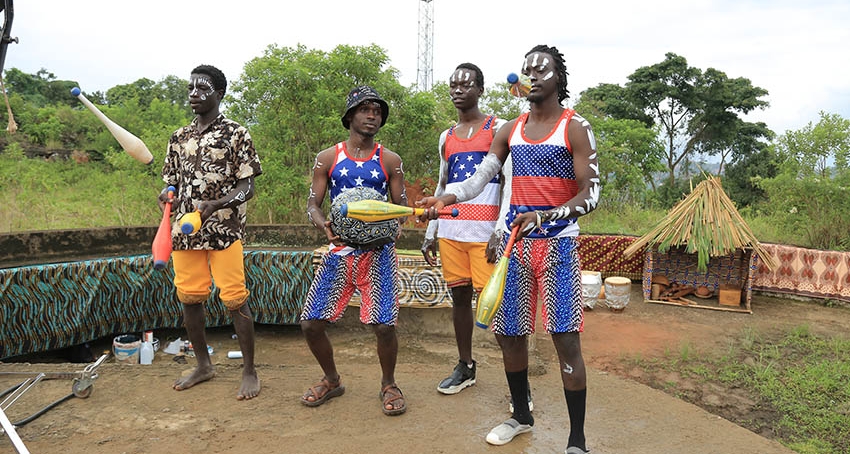 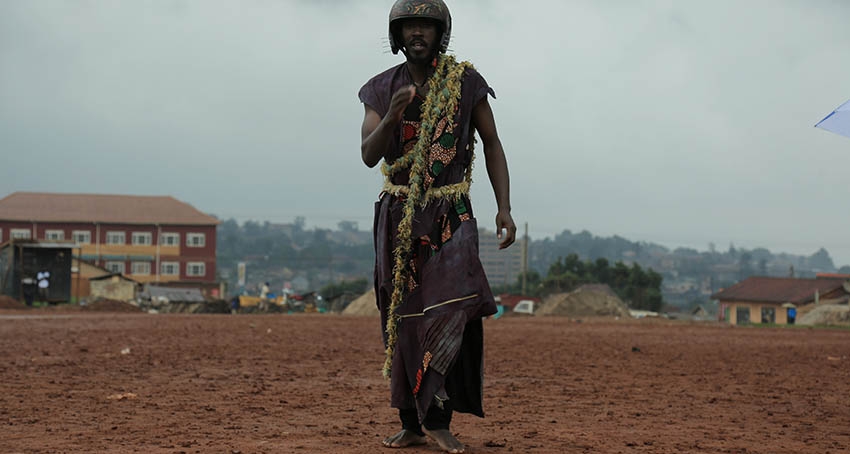 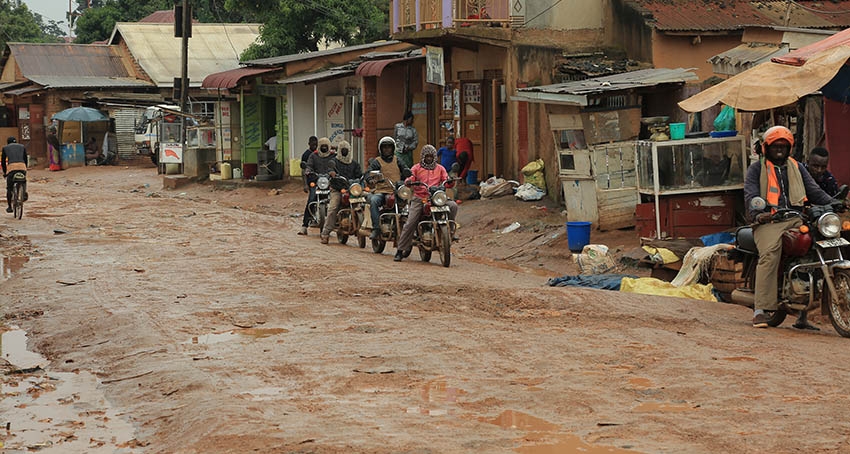 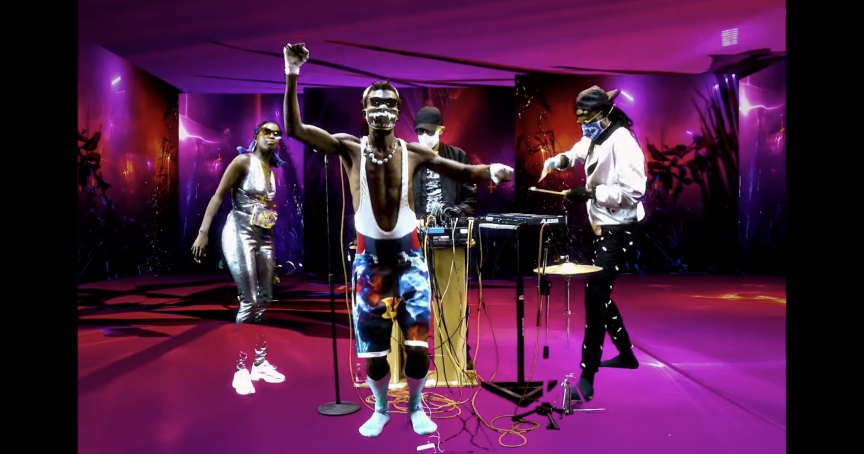 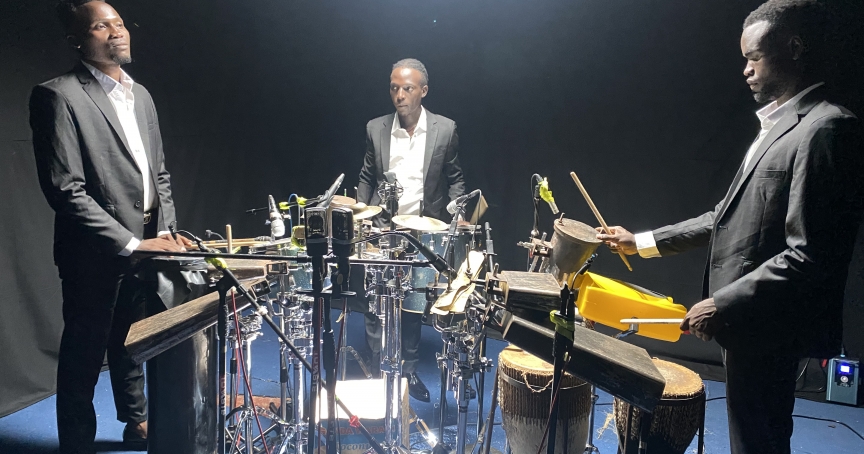 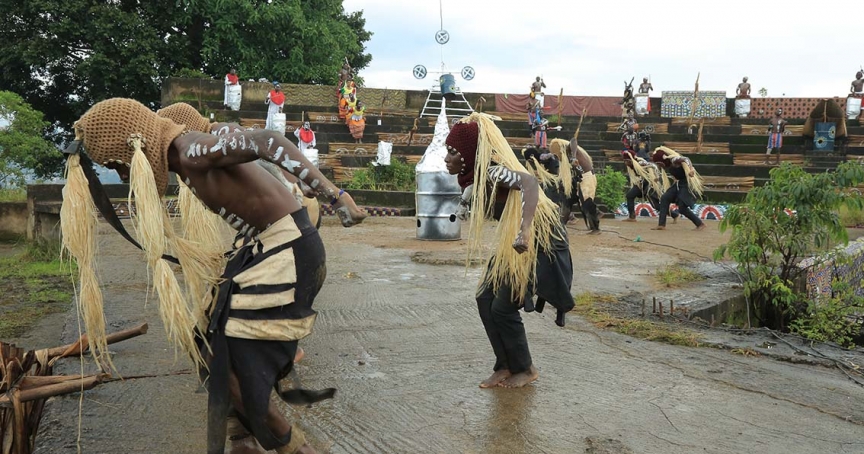 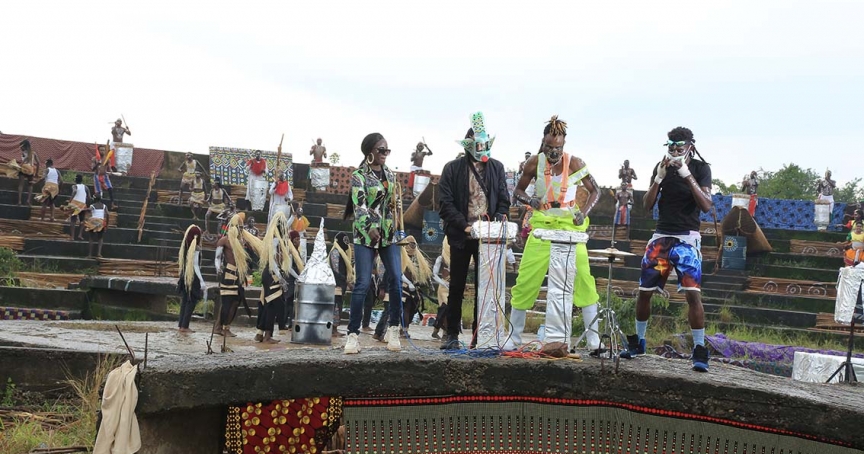 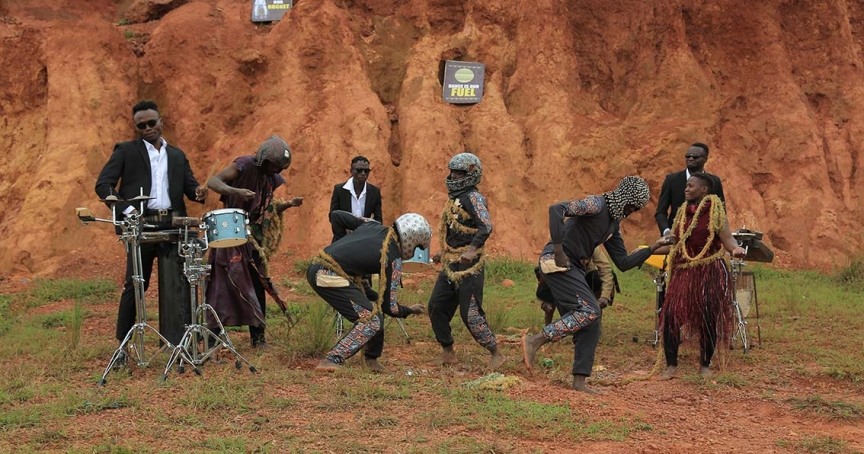 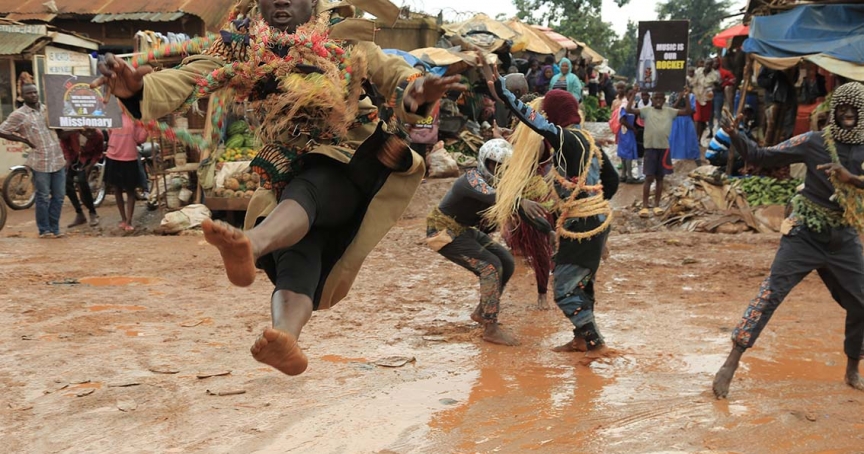 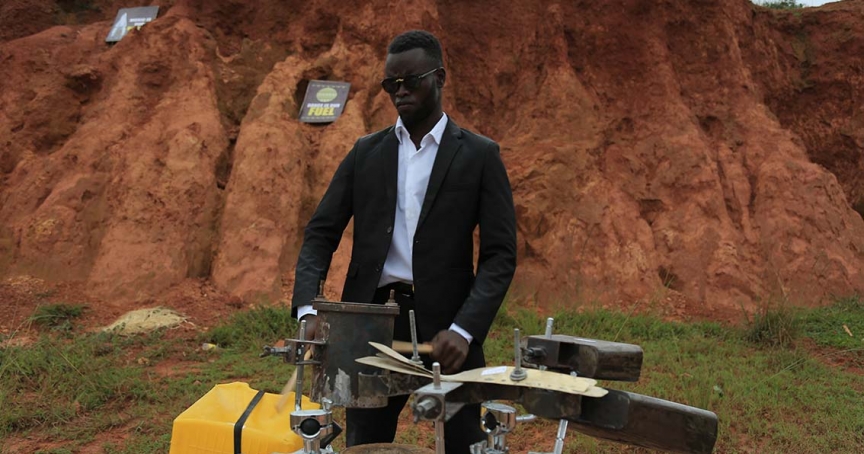 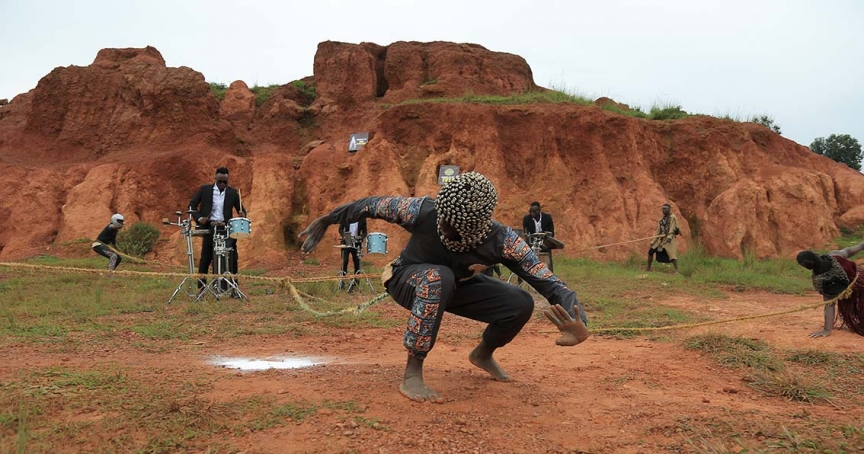 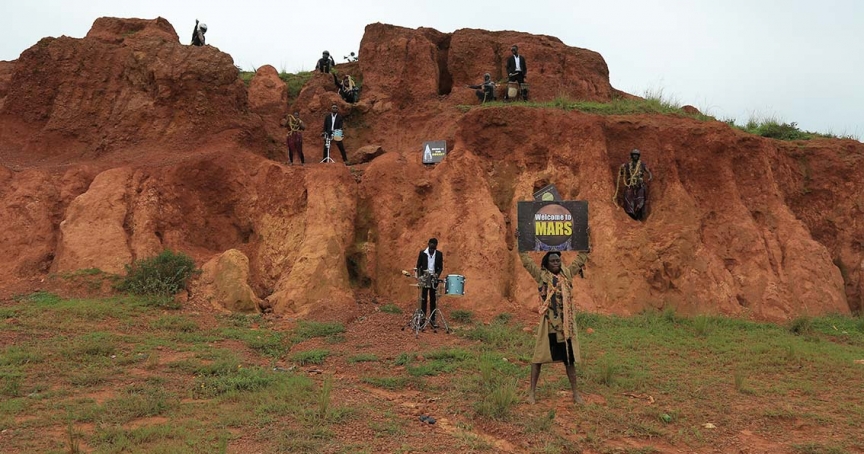 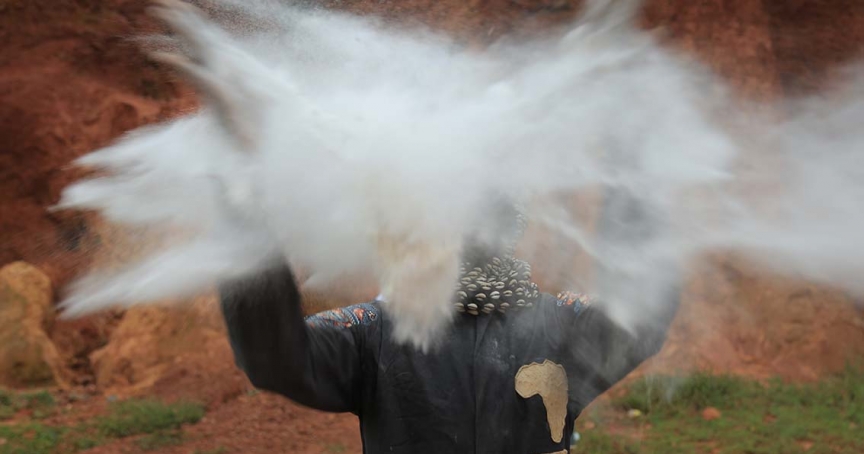 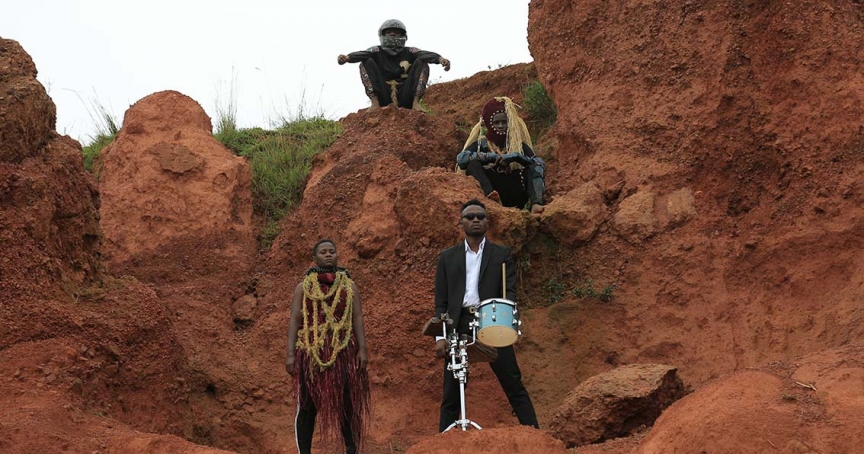 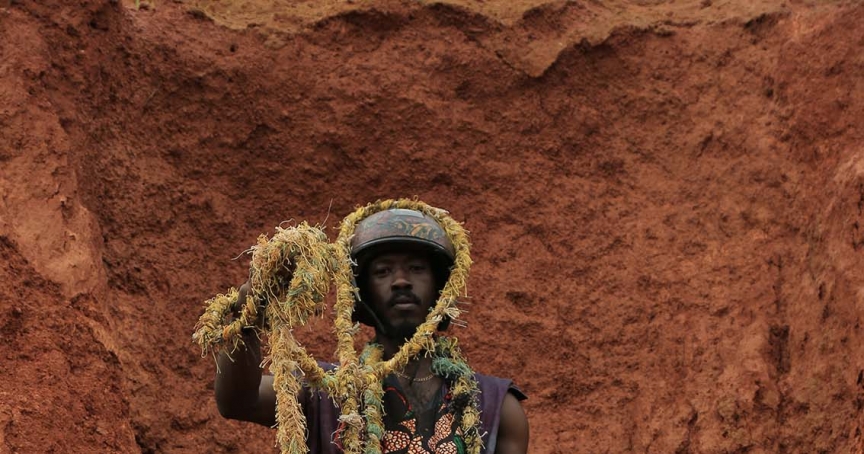 We are going to Mars | and we’ll unite the galaxies |

"Our spacecraft, Cyclops I, will soar into deep abysmal space beyond the epicycles of the seventh heaven" The Zambian Space Program Manifesto

In 1960, Edward Mukuka Nkoloso founded the Zambia National Academy of Science, Space Research and Philosophy. The goal: an African space program of its own to join the “Space Race” between the United States and the Soviet Union. On a remote farm, the “Afronauts” trained on homemade equipment. Together they created a rocket out of sheet metal and wanted to launch it into space on October 24, 1964. The rocket was to be piloted by 17-year-old Matha Mwambwa, the only woman on the team. The attempt to launch an African space program was taken anything but seriously by the international press. But hardly anyone thought of the project as a satirical commentary on the megalomania and absurdity of an imperialist show of strength like the Space Race. Until a video of the training surfaced ten years ago and triggered a change in perspective. To this day, it is not certain whether the project was a serious scientific endeavor, a joke at the expense of the colonial powers, or even a cover for a training camp for independence fighters. Either way, the term Afronauts stands today for a new self-confidence of black people, visible in the videos from the 60s.

Originally planned as a stage play, the company changed the concept and produced video works together with local artists in Uganda and the USA, which set very different accents. The Ugandan contribution, created with choreographer Robert Ssempijja among others, celebrates the spirit of optimism associated with the Space program and locates Mars in its own homeland. In contrast, Mourning [A] BLKstar and Symara Johnson’s We are Going to Mars Suite is a fever dream that opens us up to new fantasies of space travel across formal boundaries.

Part 1. We are going to Mars and we’ll unite the galaxies

The first part of the project was realised in collaboration with the Ugandan independent dance scene under the direction of Robert Ssempijja. The band HHY & The Kampala Unit and Arsenal composed two pieces together with the musician Jonathan Uliel Saldanha which form the basis for the filmic works.

A production by Company Christoph Winkler in co-production with SOPHIENSÆLE.
Funded by the Capital Cultural Fund and the Senate Department for Culture and Europe.