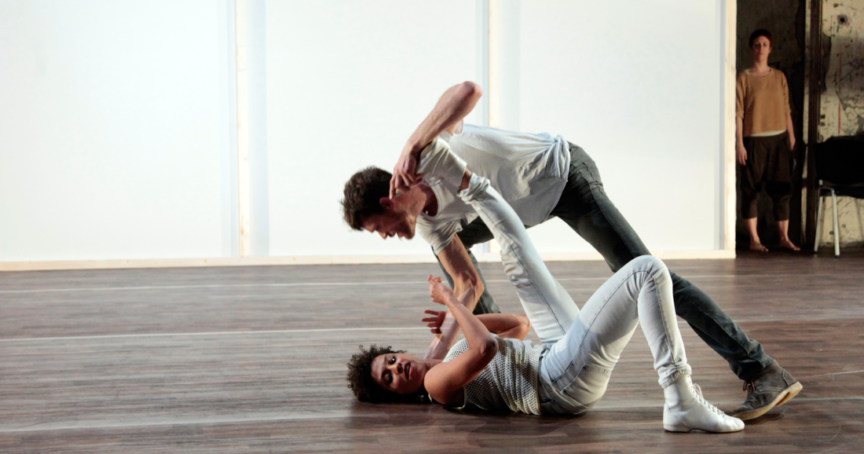 On the other hand, it seems that people are reluctant to lend their body to another in dance. One is always actually this body, or as the philosopher Alain Badiou says: “The dancing body is not surrounded by a role, it figuratively represents pure emergence… The dancing body does not express any kind of interiority; it is itself the interiority, which appears on the surface, as visibly restrained intensity. According to Winkler, this difference separates the two genres in performance practice, regardless of all mixed forms, at least in essence.

EVIL BODIES has two different parts: first, a group piece for five performers dealing with personal research and investigation into the embodiment of “evil” – based on contemporary characters, and their portrayal by actors. Second – premiering in June at the Ballhaus Ost – a solo performance that discusses what frames and models are suitable for a performance in the first place. Are there fundamental problems of what can be shown? What does it mean to reduce something to its physical expression?

A production by Christoph Winkler and Sophiensæle. Funded by the Hauptstadtkulturfonds. Supported by DOCK 11 and Uferstudios Berlin.