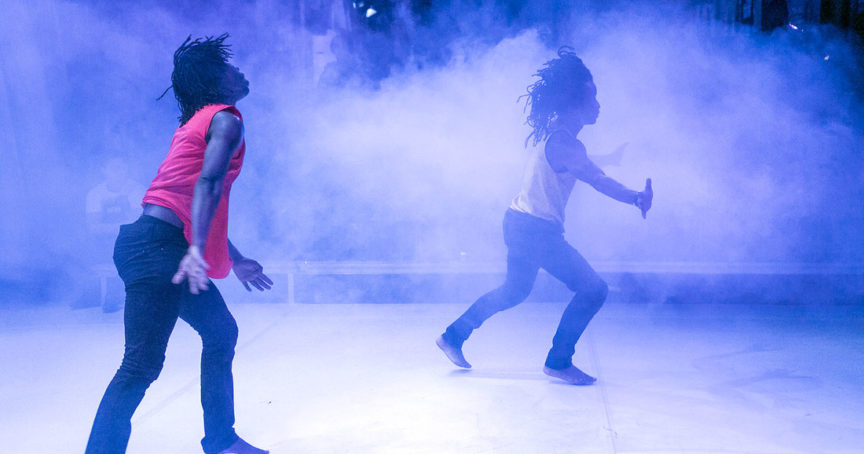 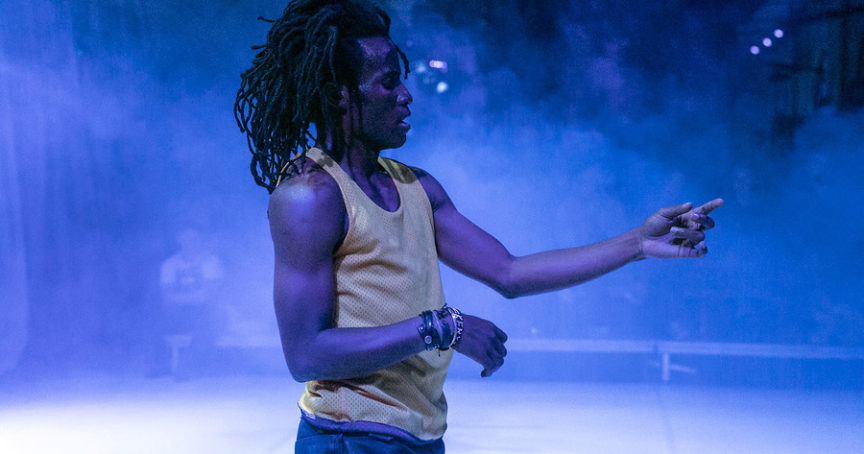 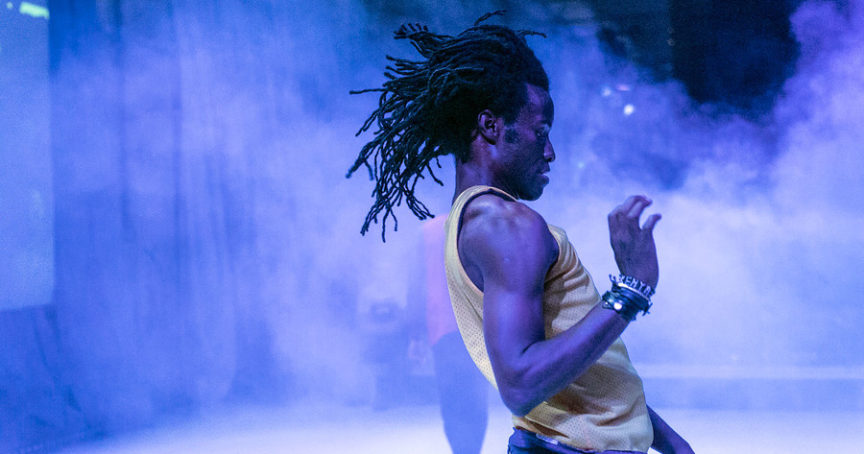 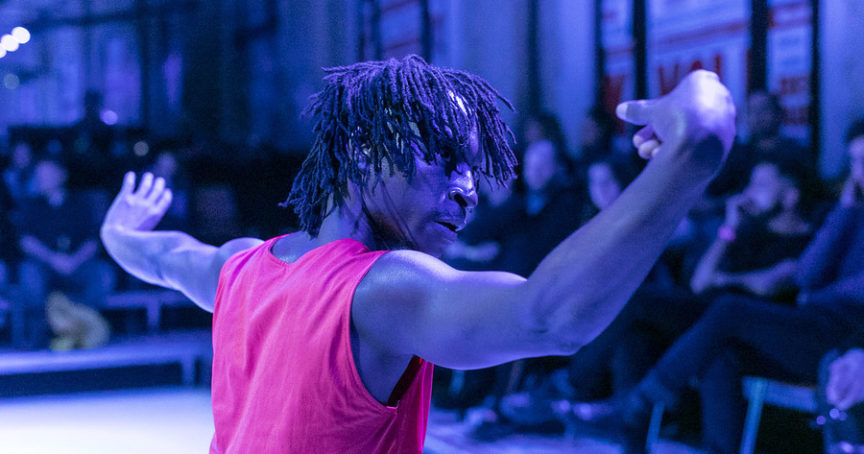 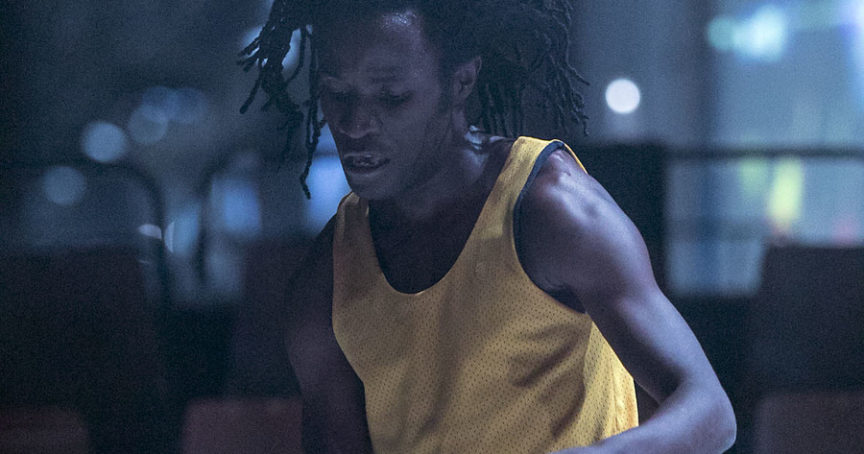 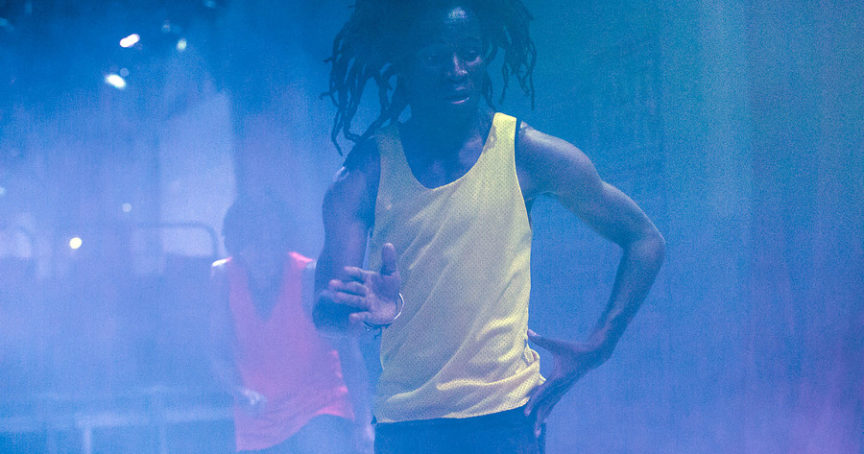 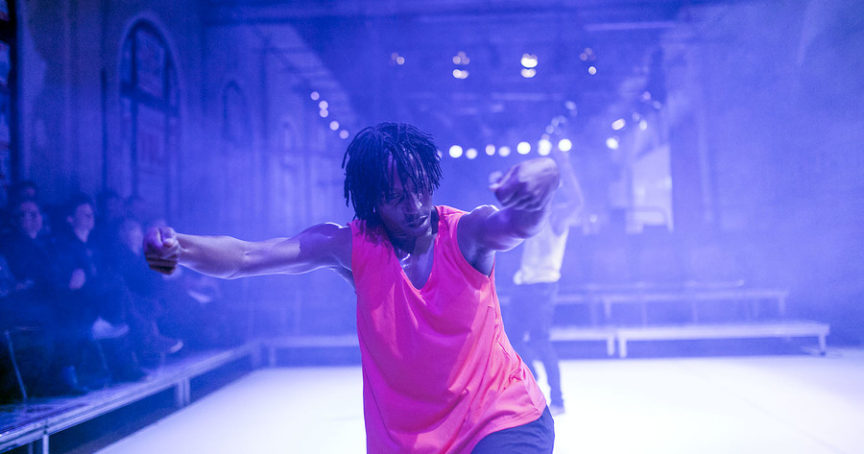 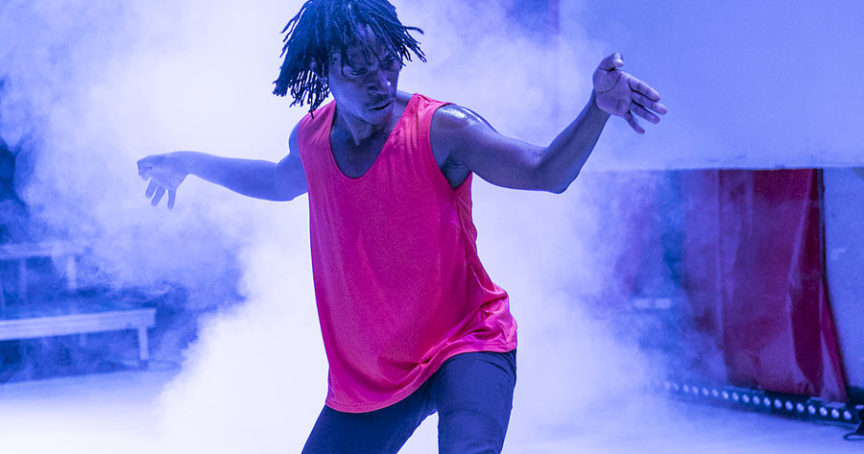 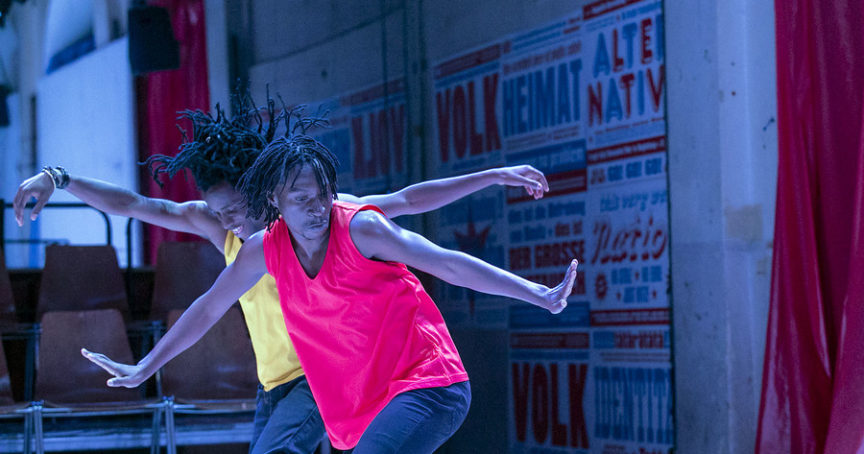 Portrait of a Child

The piece critically questions the portrayal of the African continent and its people in the Western world, using one of the most famous music videos of the 90s. It references the history of the song “Life in a Northern Town” by Dream Academy and the remix based on it by Dario G. This remix became one of the most successful Euro Dance tracks of all time, while the accompanying video portrayed Africans in stereotypical and clincheed ways.

The two dancers Robert Ssempijja and Michael Kaddu attempt to continue the images shown in the videos in their dance on the stage. Against the stereotypical portrayal of the people in the video, they posit an other stylistic language and aesthetic that is free from exoticisms. In this way, they create a form of fan fiction of the original video.

Concept: Christoph Winkler | By and with: Robert Ssempijja , Michael Kaddu|

A Christoph Winkler production in collaboration with ehrliche arbeit – freelance office for culture and in cooperation with Ballhaus Ost. Funded by the Berliner Senatsverwaltung für Kultur und Europ