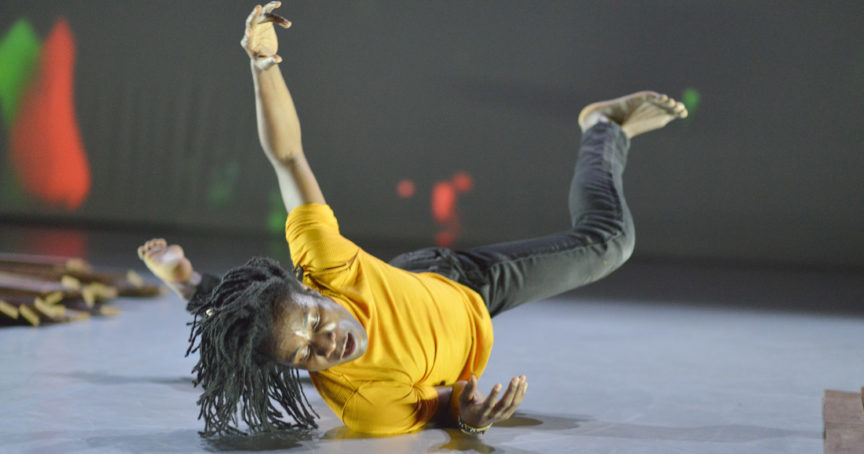 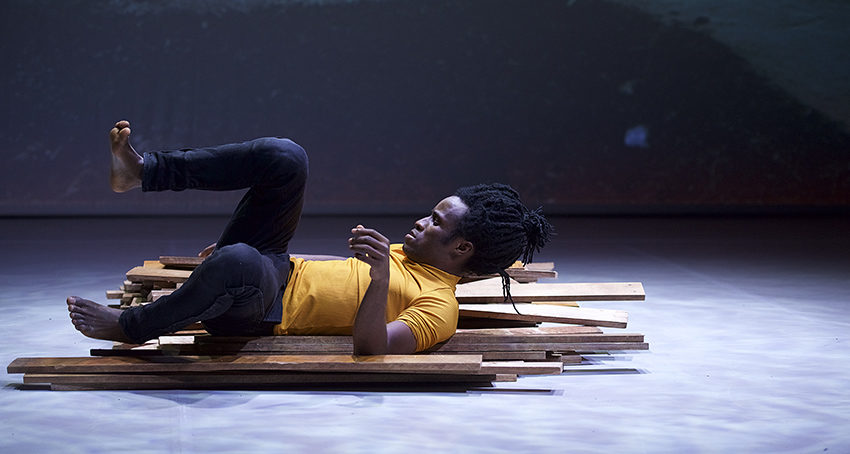 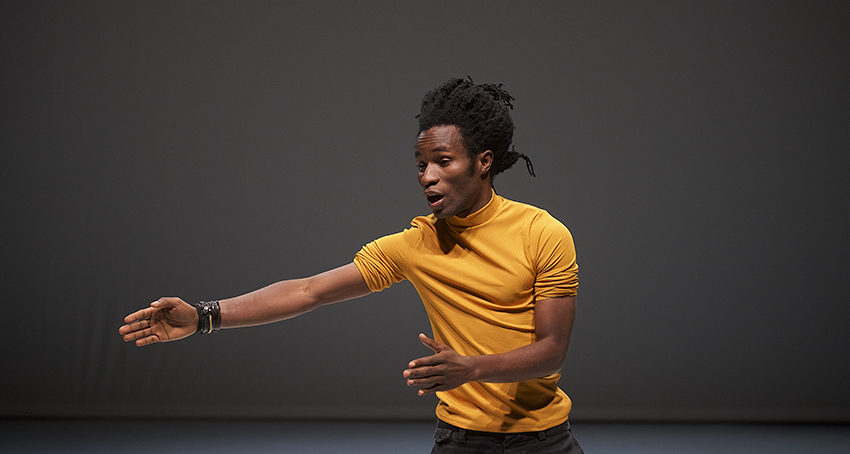 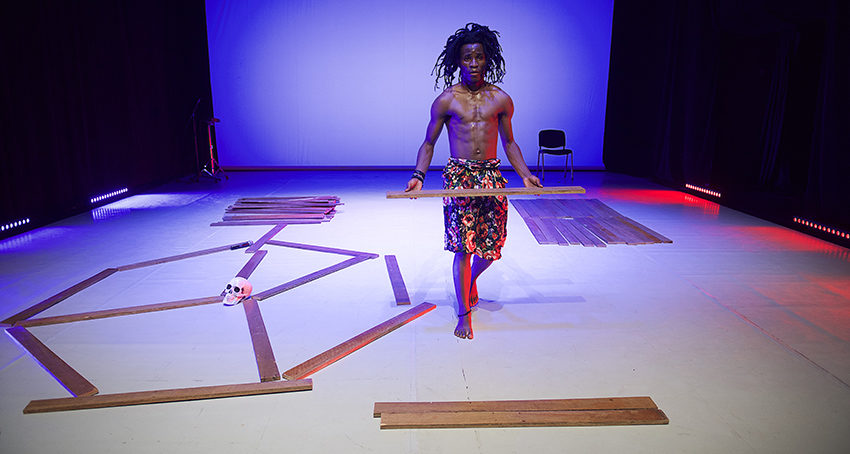 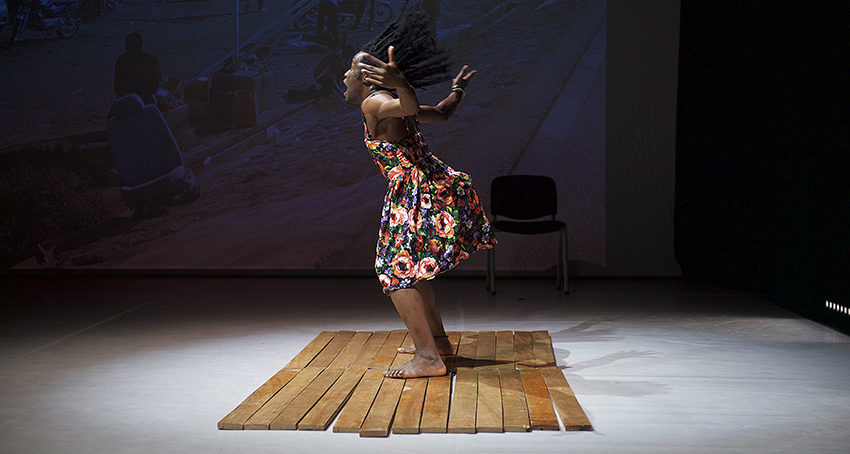 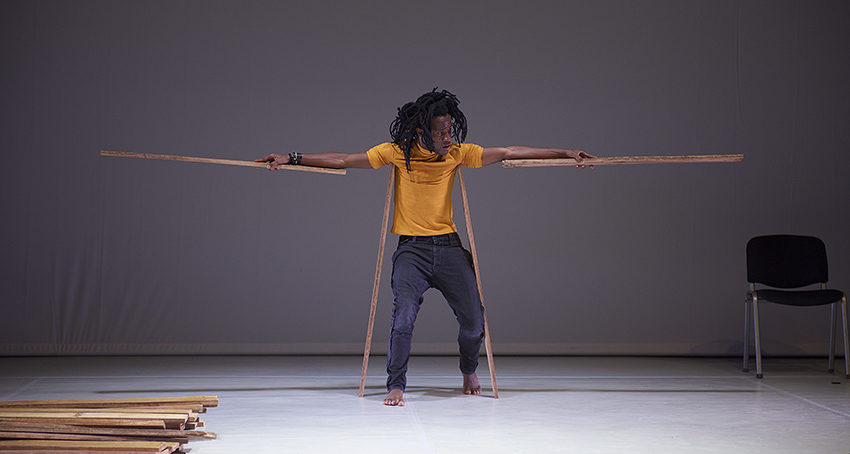 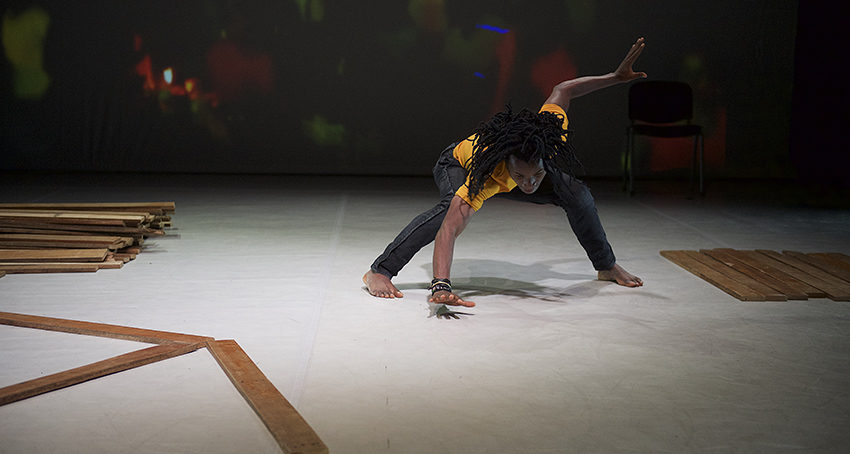 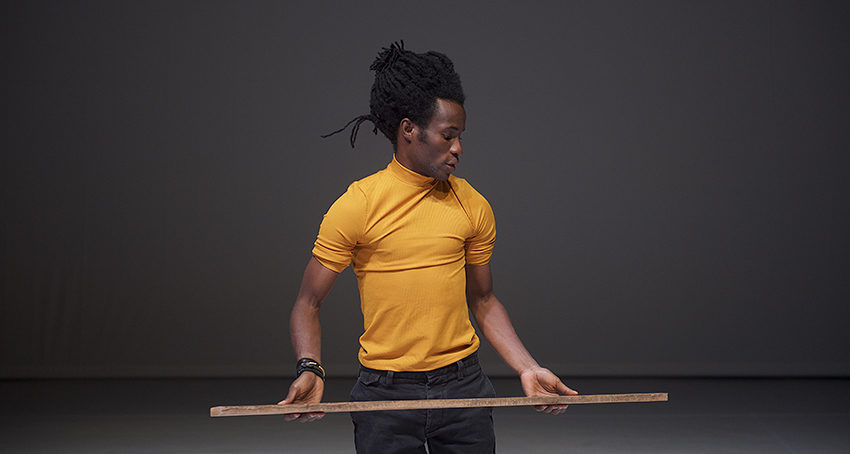 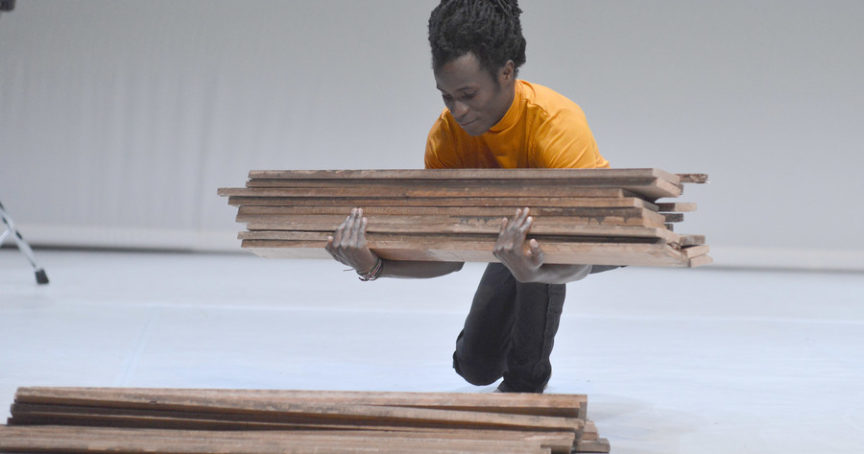 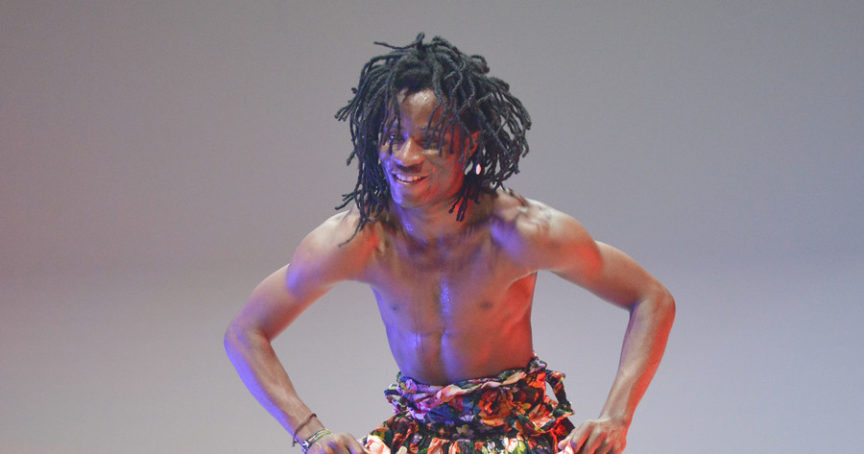 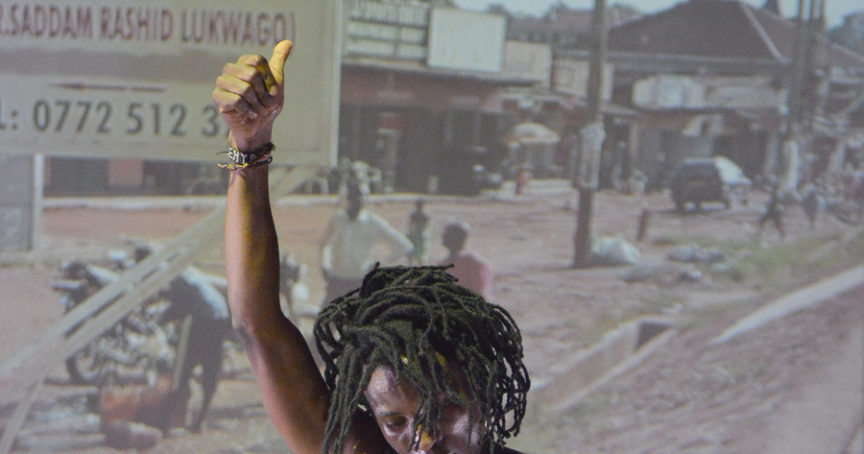 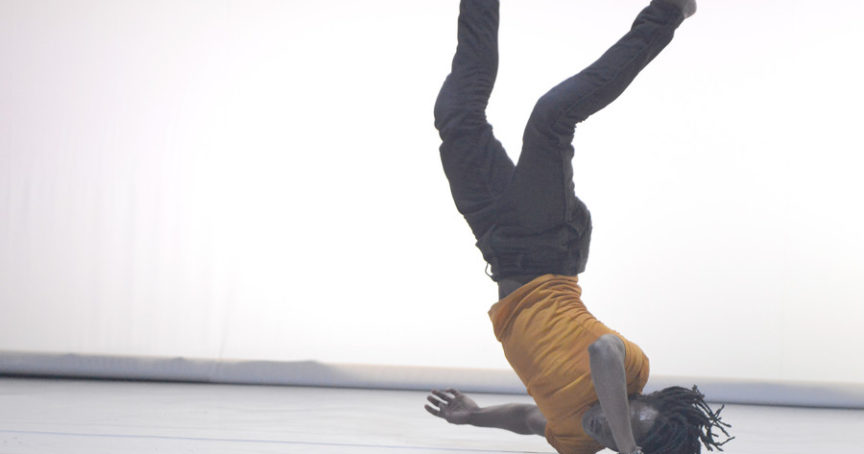 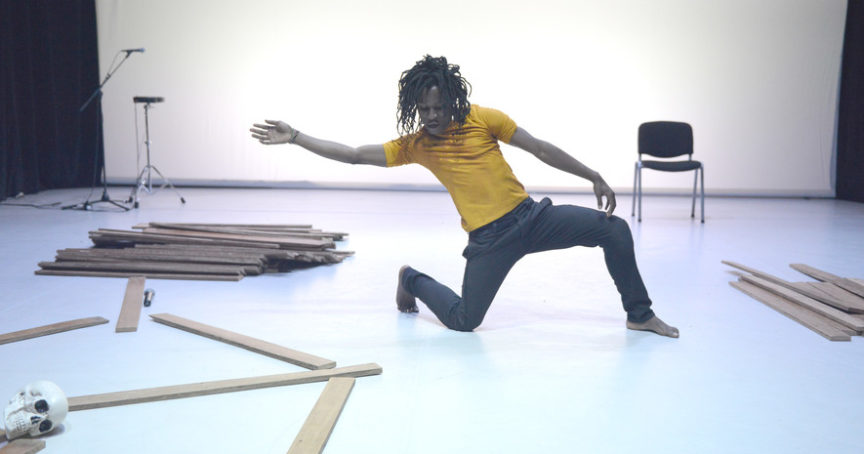 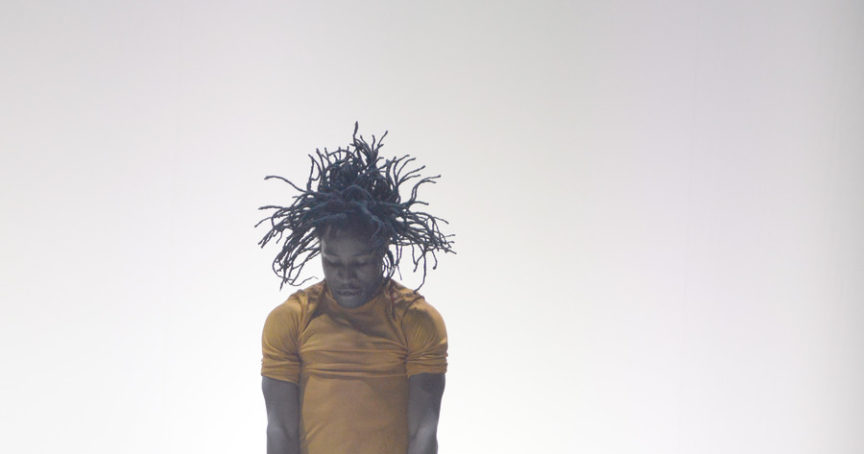 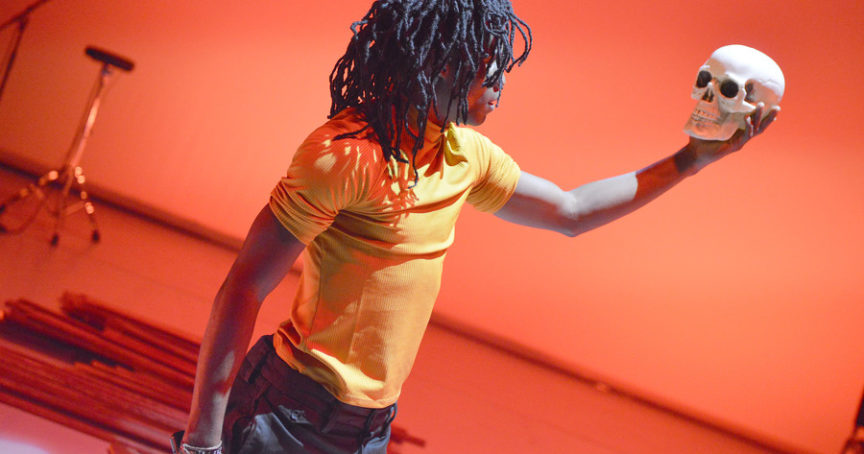 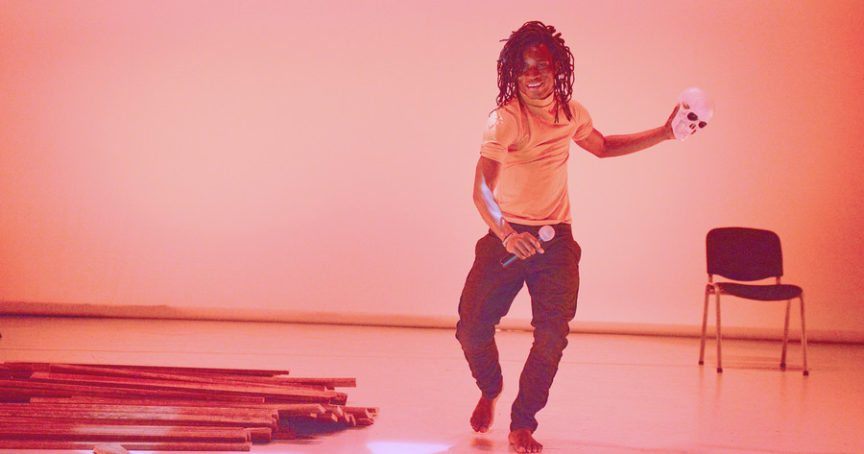 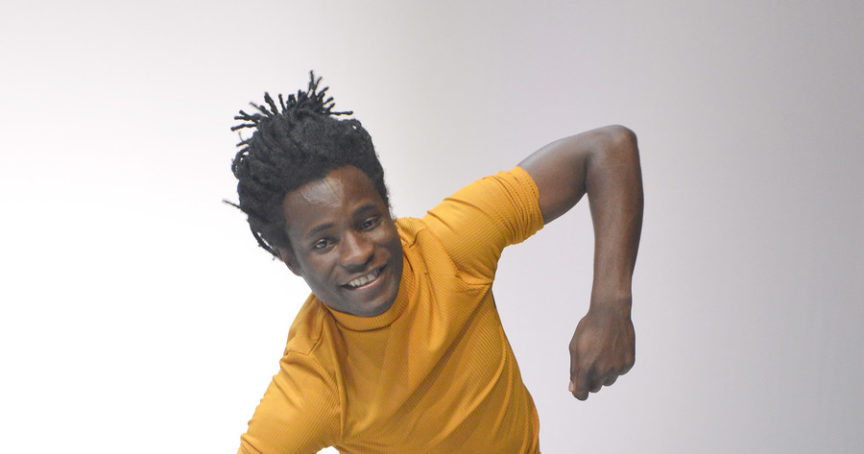 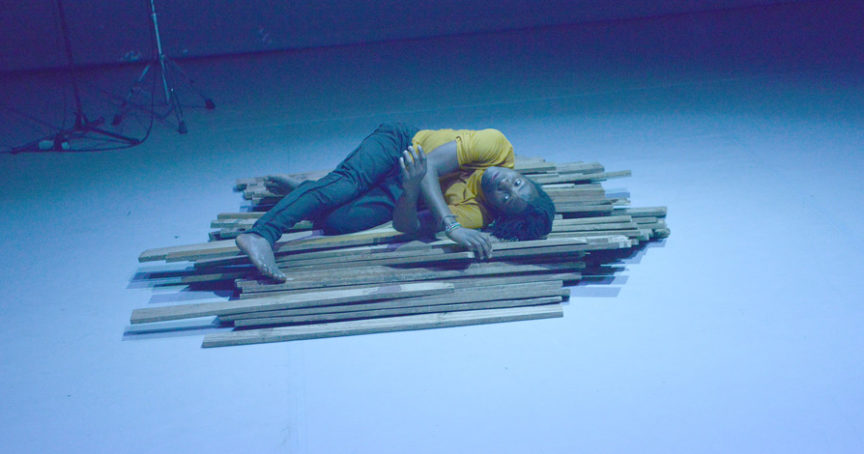 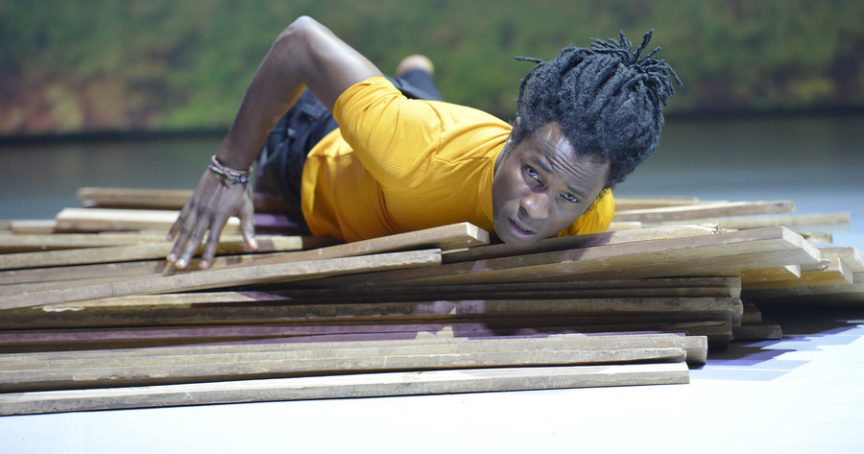 Yet we see the great of every age
Pass before us on the boards that mean the world
Thoughtfully and calmly in review
All. in life repeats itself forever,
Young for ay is phantasy alone;
What has happened nowhere,–happened never,–
That has never older grown!

In his poem “To My Friends”, Friedrich Schiller relates his small, simple world in Weimar to the greater affairs of the world. Based on his lines “Yet we see the great of every age / Pass before us on the boards that mean the world”, Christoph Winkler and Robert Ssempijja question the relationships between contemporary African and European dance. Robert Ssempijja has symbolically transported the floorboards from Kampala’s only dance studio for contemporary dance to Berlin. By relocating them to Berlin, he also brings along all the ideas developed on them, and thus their re-contextualization. Whose floorboards, whose stage is it? What is being performed there and whose world is it anyway?

In English with German surtitles.

A Christoph Winkler and ehrliche arbeit - freelance office for culture project. Co-produced by Ballhaus Ost Berlin. Funded by the City of Berlin - Department for Culture and Europe and the Fonds Darstellende Künste.

“…politics and art theory married to intimate dance. In the end, a private evening remains to make us think - and proves: The cooperation of genres (dance, language, song, and video documentation) and cultures can create the new.” MANNHEIMER MORGEN

“This dancer possesses enough stage presence and charm to easily fill a sixty minute performance. As he is performing small and daring feats of art on the shaky planks, the audience immediately realises what an unsafe terrain Uganda is for artistic production.” - RHEIN NECKAR-ZEITUNG