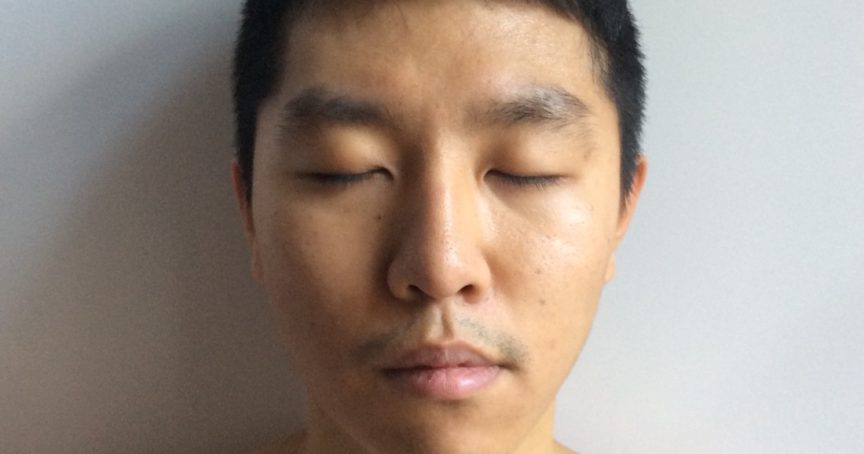 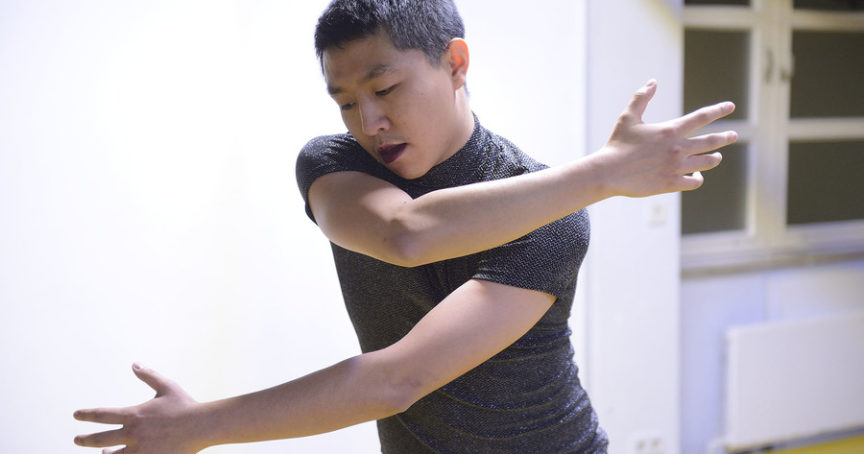 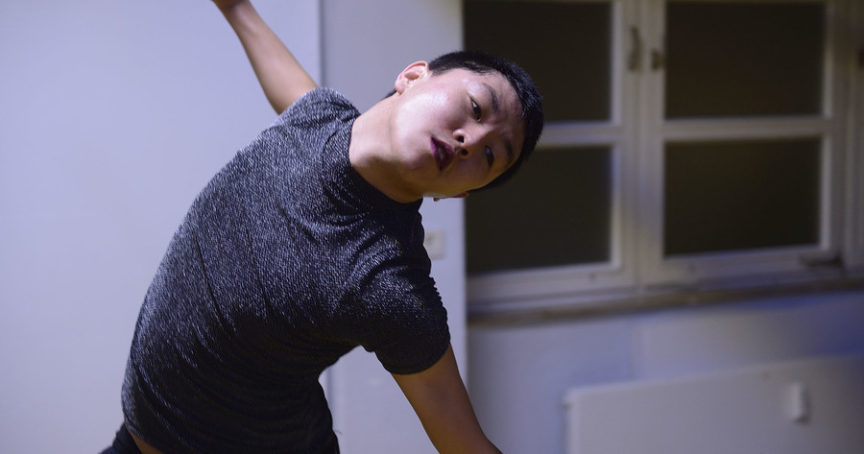 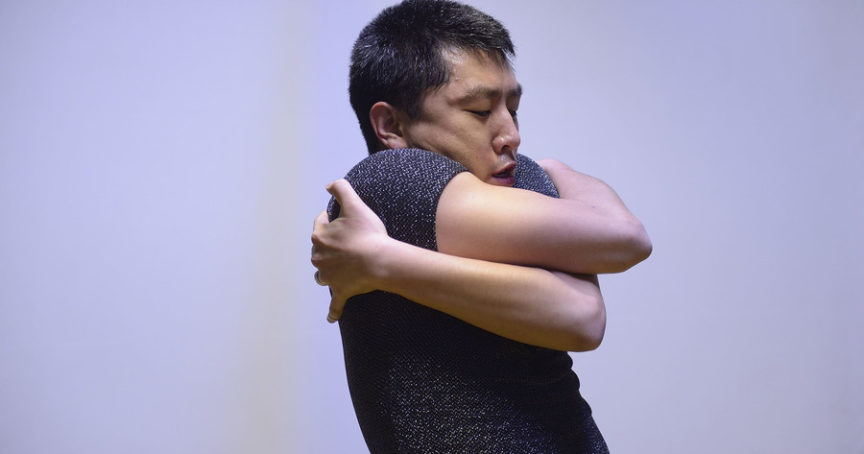 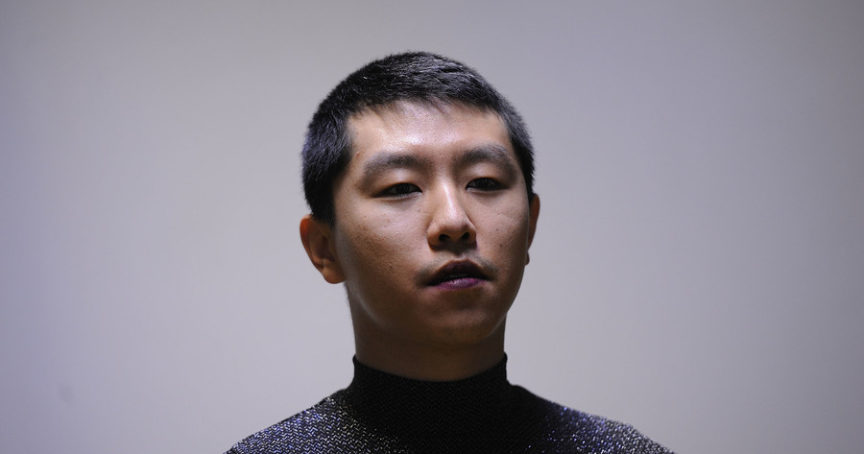 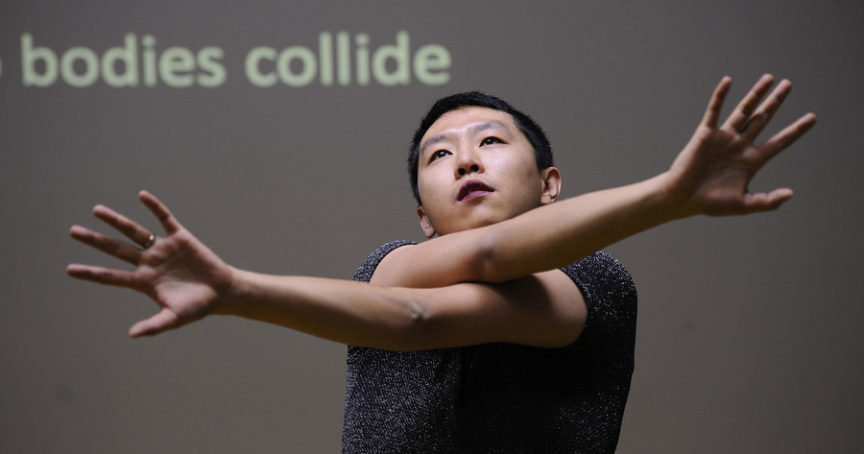 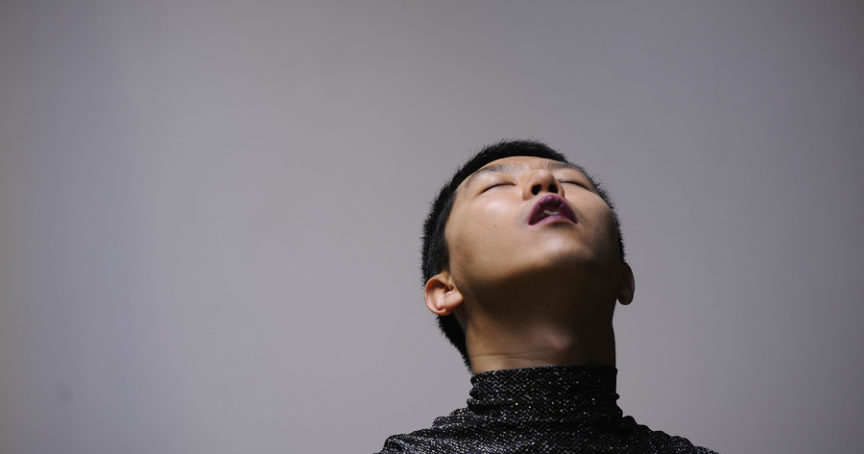 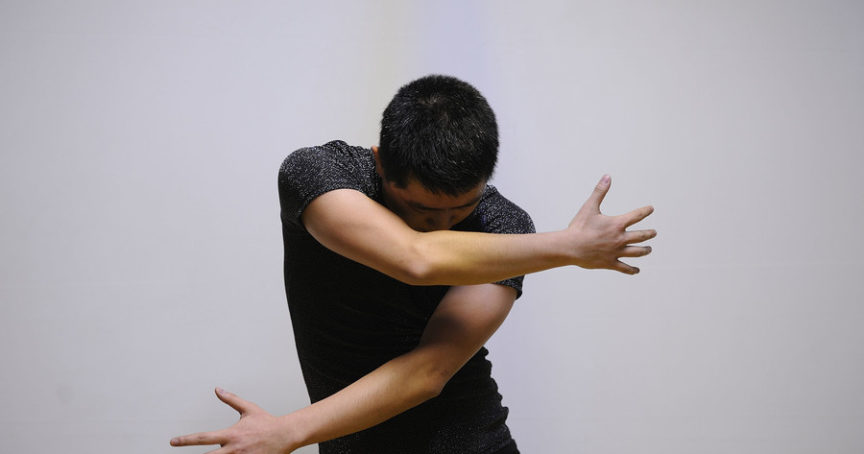 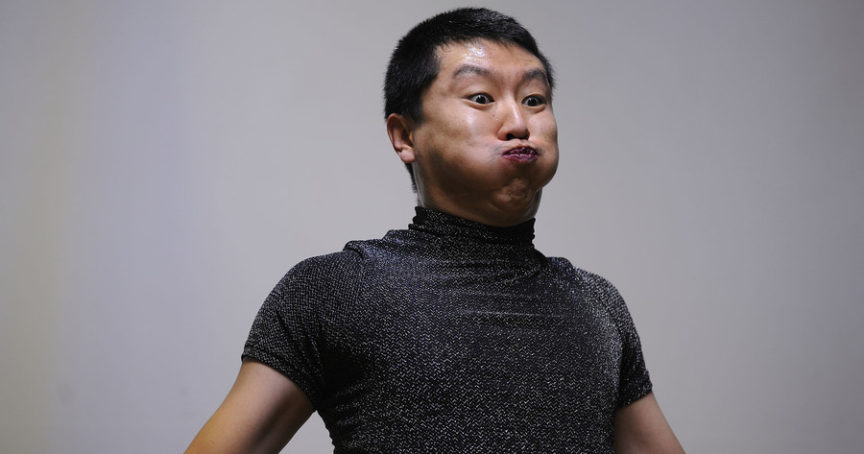 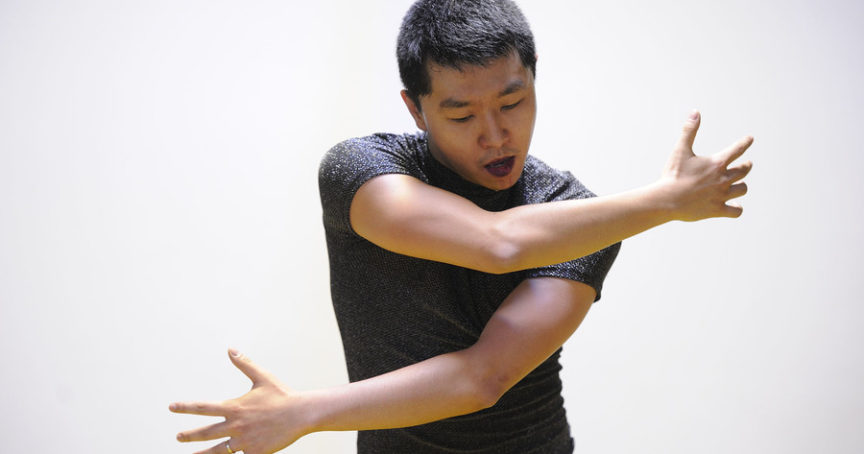 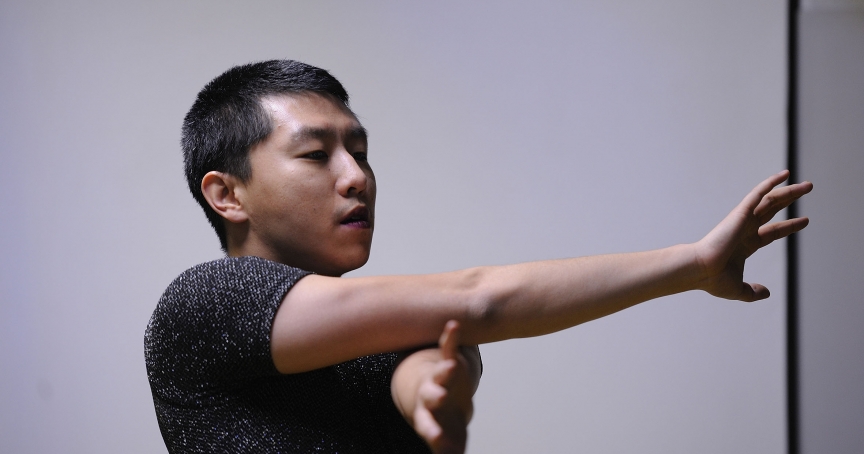 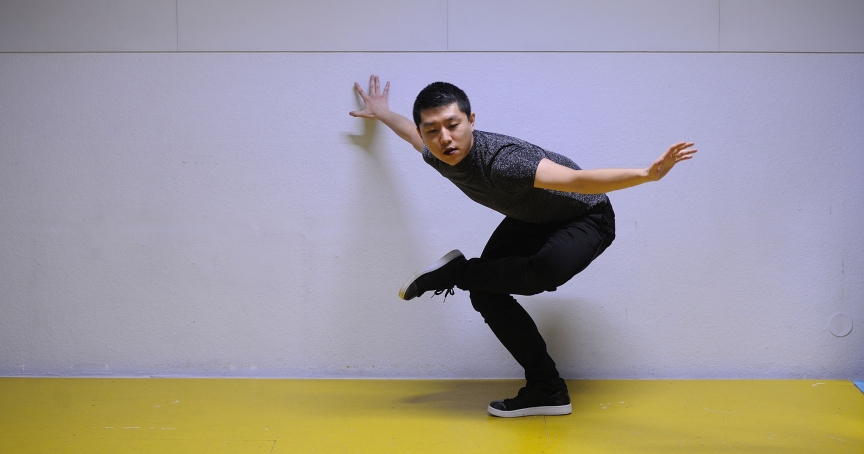 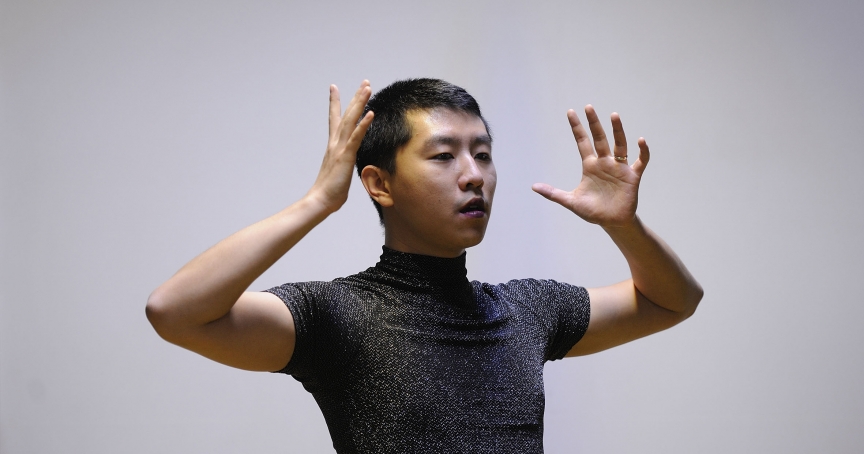 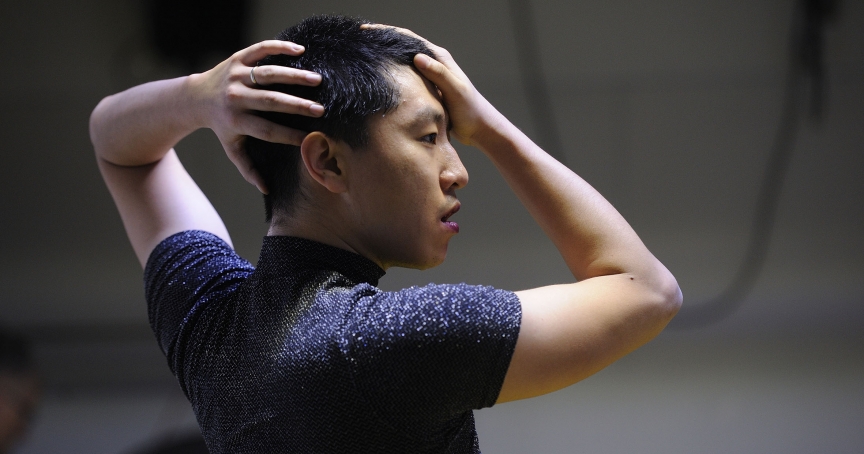 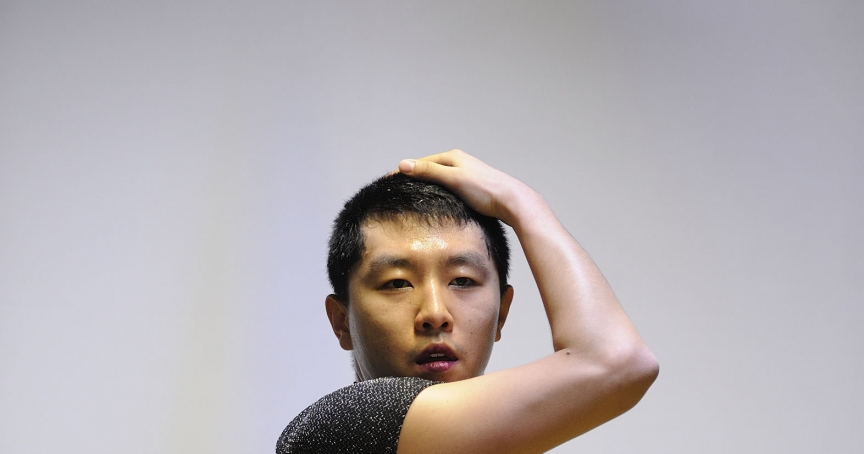 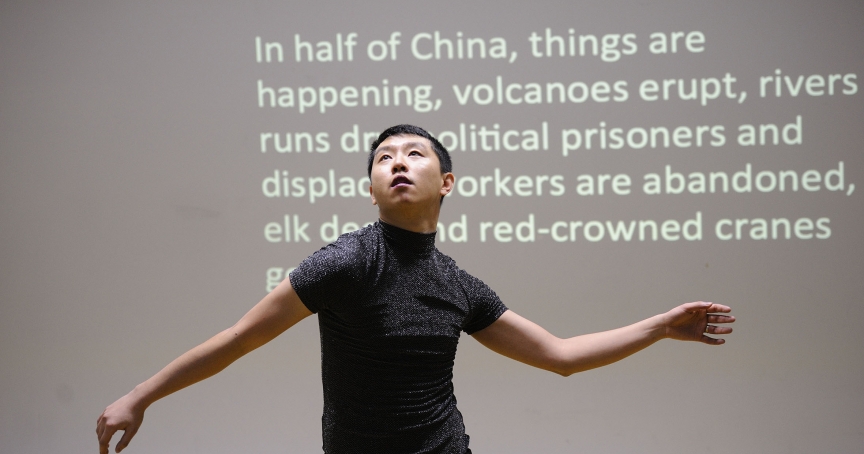 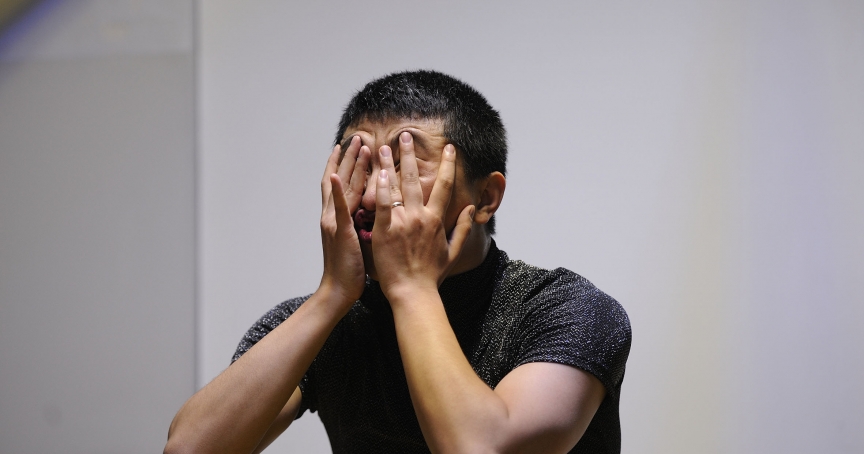 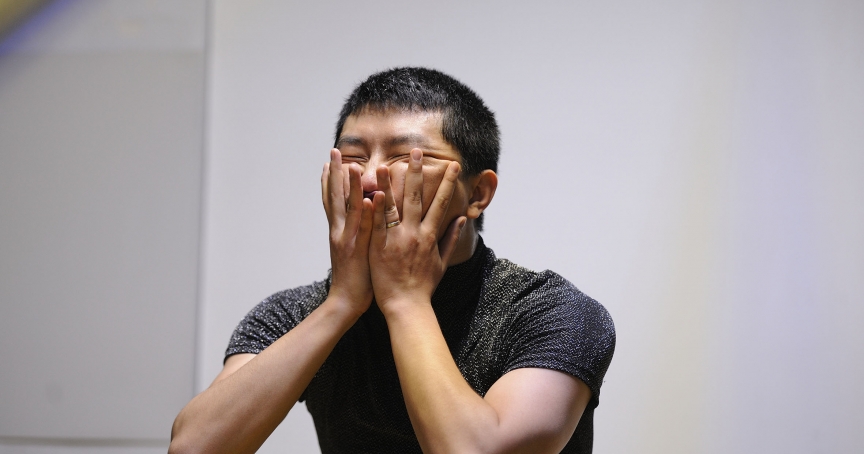 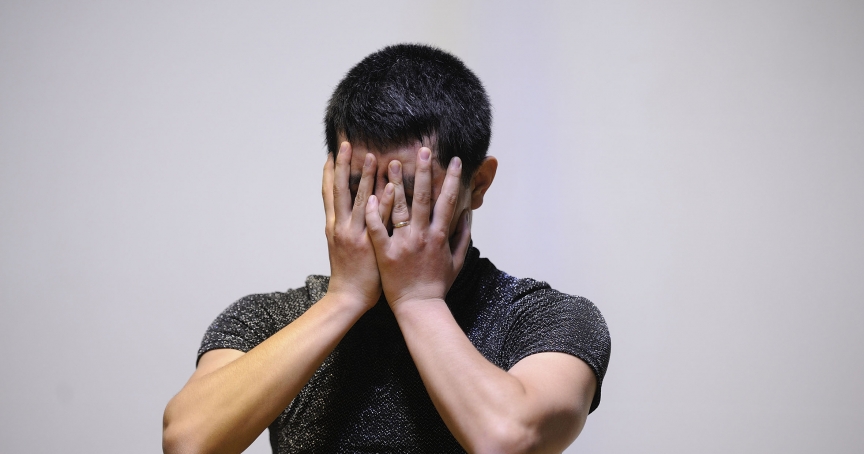 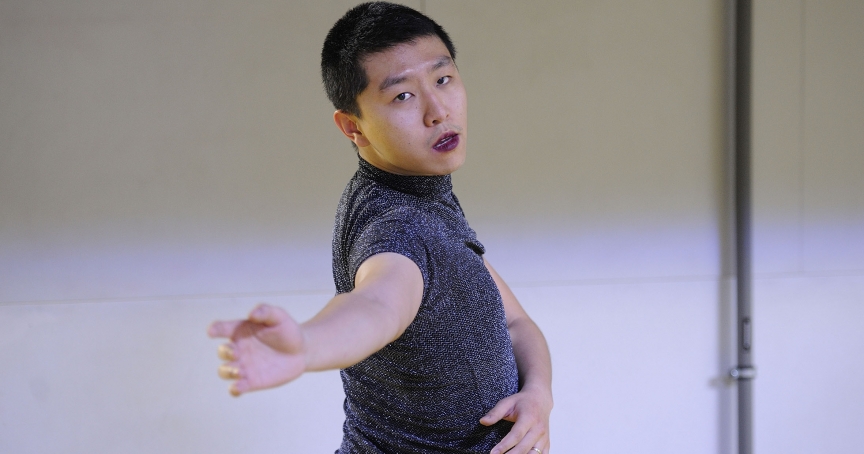 Crossing Half of China to Sleep with You

Chinese poet Yu Xiuhua was born with cerebral palsy. Her poem Crossing Half of China to Sleep with You turned her into a celebrity overnight and has been translated often into English. Although these translations only differ in small ways – the meaning changes greatly. Every translation contains its own potential failure. Choreographer Christoph Winkler and performer Naishi Wang have created a performance that transcribes the poem into movements, gestures and poses that reflect the subjective nature of words. The failure inherent to translating language repeats itself in the act of translating into the body, producing an atmosphere of ambiguity.

To spend or to be spent, what’s the difference if there is any?

Two bodies collide
— the force, the flower opened by the force, and the virtual Spring brought by the flower — nothing more than this,
and this we mistake as life restarting.
In half of China, things are happening:
volcanoes erupt, rivers run dry,
political prisoners and displaced workers are abandoned,
elk deer and red-crowned cranes get shot.
I cross the hail of bullets to sleep with you.
I press many nights into one morning to sleep with you.
I run across many of me and many of me run into one to sleep with you.
Of course I can be misguided by butterflies and mistake praise as Spring, and a village similar to Hengdian as home.
But all these are absolute
reasons that I spend a night with you.

A Christoph Winkler and ehrliche arbeit project, co-produced by Vierte Welt Berlin. Funded by the Berlin Senate Administration for Culture and Europe.

I press many nights into one morning. Of all the compelling phrases of Chinese farmer Yu Xinhua’s breakthrough poem, this one caught my attention most – it hung, suspended, in Naishi Wang’s accompanying act. Dressed in a sparkly outfit complete with bold lipstick, the glamorous performer took us through a series of poses, gestures and facial expressions resounding with a delicate intimacy. Embodying in movement the subtle difference between the original Chinese and the translated English version of the poem, Wang used the breath to access and interpret an underlying sensibility. A fusion between poetics and structure, the East and the West, the piece lived in an anthropological gap – a cultural limbo brimming with foreign meanings. Crossing half of China to bring it closer. - Beatrix Joyce/ viereinhalbsätze