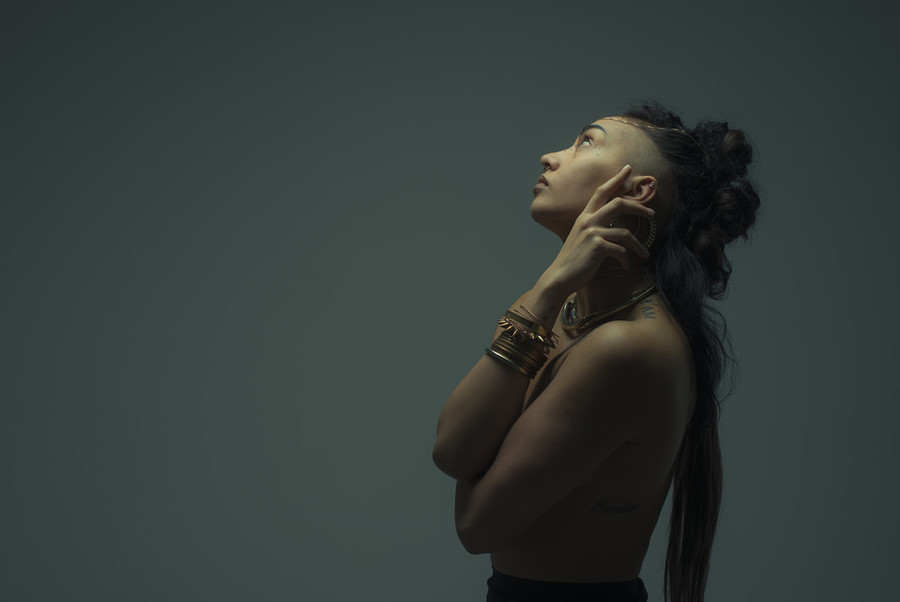 Jahra ‘Rager’ Wasasala is a contemporary dancer, choreographer and poet.

She was born and raised in Aotearoa, New Zealand and has roots in many places around the world, and her pacific heritage comes from the islands of Fiji.

In 2009, Jahra participated in Black Grace’s Urban Youth Movement as a leading female performer. She was then invited to take part in an internship with the company, training, rehearsing and, learning repertoire. In 2010, Jahra began her formal training at Unitec. She graduated after 3 years of study with a Bachelor in Performing and Screen Arts, majoring in Contemporary dance.

Aside from graduating in 2010, Jahra also began to make her mark on the NZ Poetry scene. She competed in the acclaimed Poetry Idol Slam Competition. She placed second and also represented Auckland in Wellington at the National Poetry Slam.

Jahra’s work (poetry & dance) has taken her to many parts of the world including The Banff Centre in Alberta, Canada. Also creating opportunities where she has collaborated with an array of artists extensively. In 2014, Jahra travelled to Banff to take part in the internationally acclaimed Indigenous Dance Residency. She was also a part of ‘Chewing Your Ears’, a spoken word show that was picked up by the Adelaide Fringe Festival.

She has been able to perform and contribute to many unique and powerful contemporary dance works, including ‘Malaga’ and ‘Orchids’. ‘Malaga’ is a highly provocative and political dance work, and was shown as part of NZ Tempo Dance Festival. ‘Malaga’ was choreographed by Thomas Fonua in collaboration with performers from Australian Dance Theatre. ‘Orchids’ is from the critically acclaimed choreographer Sarah Foster-Sproull, and this potent and innovative contemporary dance work will première in 2017.

Jahra has choreographed and co-choreographed many works, including her latest work ‘MOTHER/JAW’. MOTHER/JAW is the first full-length contemporary dance and spoken word poetry theatre work Jahra has created in collaboration with choreographer and dancer Grace Woollett, and it had its first SOLD-OUT season in February 2015 as part of the Auckland Fringe Festival. After winning numerous awards and rave reviews, it will make its return to the stage in 2016, with support from Auckland Live.

Jahra is also currently in development for the two international dance/physical theatre works ‘PASSING’ and ‘godd-less’. ‘PASSING’ (in collaboration with Amrita Hepi), will be shown in Next Wave Festival 2016 in Melbourne, Australia. ‘godd-less’ (in collaboration with Grace Taylor), will be shown in the International Pacific Arts Festival 2016 in Guam.

She is known for her powerful performances, ancient edge, and socially provocative nature. Her creative works are interdisciplinary solo and group theatre dance works. She explores the space between contemporary dance and live poetry, whilst incorporating other mediums. Her work aims to serve as a platform to create open discussions on the connections with historical events.