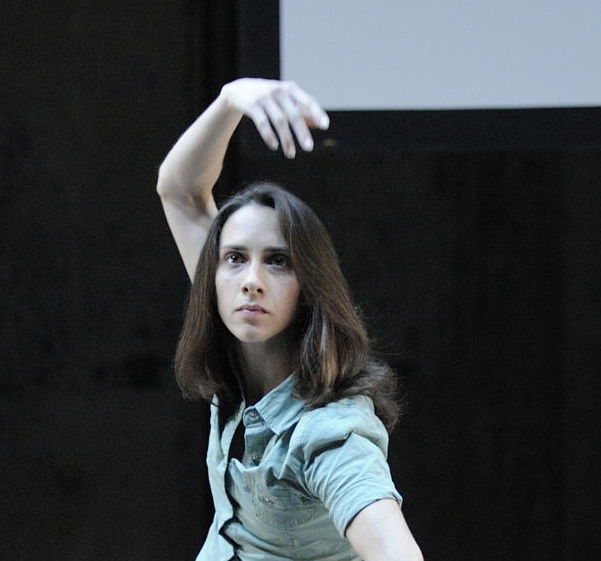 Mercedes was born in 1979 in Mendoza, Argentina, where she studied classical dance and was a member of the National University of Cuyo Ballett Company for five years. With a scholarship from the Foundation Julio Bocca and the Foundation Antorcha, she went to Buenos Aires to study classical, contemporary dance as well as Tango Argentino. She spent five years as a dancer in the Companie Tangokinesis for Ana Maria Stekelman. With the company, she traveled to festivals in e.g. the U.S.A, Canada, Mexico, Ecuador, Brazil, Colombia, Italy, France, Greece, and Germany. From 2007 until the end of 2010, Mercedes Appugliese worked as a dancer for the cie. toula limnaios. Since 2011, she has worked as a freelancer dancer and choreographer in various projects with artists such as Dieter Baumann and Jutta Hell (Tanzcompagnie Rubato), Clébio Oliveira and Yuko Matsuyama in the project “Movement & Sound improvisation”. In 2008, she began teaching contemporary dance at the Freie Universität Berlin and in 2011, also began teaching at the Technical University of Berlin . In 2012, she founded the company “A + B TANZBAU” in collaboration with Florian Bilbao.