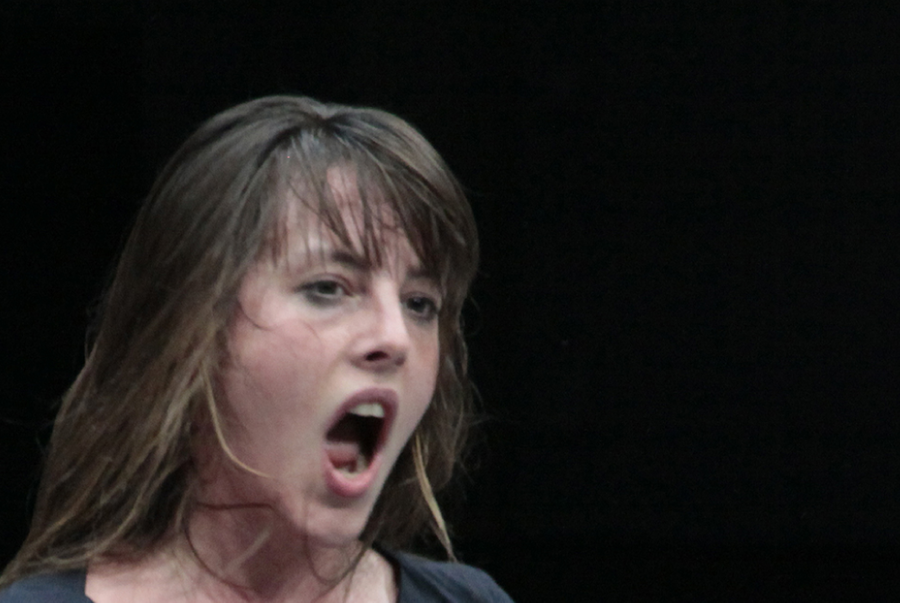 Claire Vivianne Sobottke was born 1982 in Duisburg and grew up in a French – German family. She was early interested in theatre, performance and dance. At the age of 16, she discovered butoh dance and the theatre method of Grotowski. With 18, she moved to Berlin, where she continued to train in contemporary dance, discovered different approaches to the body, and graduated in acting from the “University of the Arts”. She has worked as an actress at the Volksbühne Berlin, Deutsches Theater Berlin, Comédie de Reims, Théatre Vidy Lausanne and Schauspielhaus Graz with directors such as Theu Boermans, Mikael Serre, Johannes Schmit, Michael Schweighöfer, but also worked and collaborated as a dancer and performer in independent projects by Anna Nowicka, Justin Kennedy, Jule Flierl, Miriam Horwitz, Anna Melnikova, Hermann Heisig, Institutet, Theo Solnik, Daniel Schrader and the Ballhaus Ost Crew. In 2012, she began with the creation of her Solo “a boys dream”, which was shown as a work in progress at the ada Studio – Berlin. When asked to define herself either as an actor or dancer, she prefers to say that she is working on specific questions or desires and searching for a specific suitable form of expression. She likes to use different means of expression such as voice, singing, dance, movement, random language or objects. At the moment ,she is fascinated by the mechanisms and symptoms of desire and the physicality and emotional states of children In 2013, she was selected for a danceweb scholarship for the Impuls – Dance Festival in Vienna.