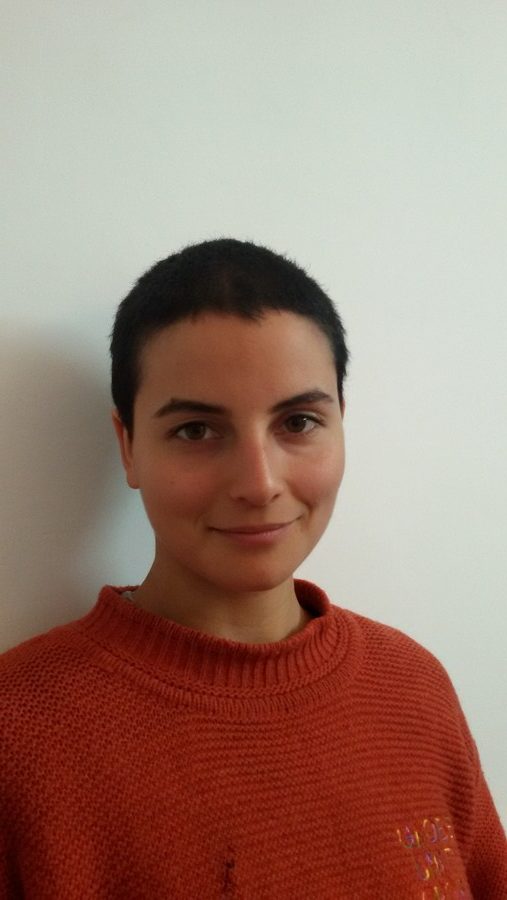 Tamar Grosz, born 1990 in Chile, she grow up in Jerusalem Israel. She graduated the academy of dance high school 2008 and joined the Bathsheba ensemble company 2008-2010. later on she started to work as a free lance dancer and slowly developed her choreographer side. She danced with choreographers such as: Ronit Ziv, Idan Cohen, Maya Levi , Sofia Krantz, Sharon Ayal, Ohad Nahrin, Kiani Del Valle. She made her first piece ‘POST A MESSAGE’ which was premiered in Kyoto Japan 2011. In 2013 she moved to Berlin there she founded together with her college Francesca Penzo the artistic platform FEM – for feminine feminist art. Under FEM she created the piece ‘Why are we so f***ing dramatic? ‘ which is nowadays touring in italy. Her solo ‘I am not a Jew, Israeli, Vegan, Lesbian, Woman. I am tamar.’ was awarded a second price of choreography in the 19th International Solo-Dance-Theater Festival Stuttgart 2015. Tamar is a Physics and chemistry bachelor student in the open university of Israel. she plays in a football team and most of the time knows how to take life in a serious humor.