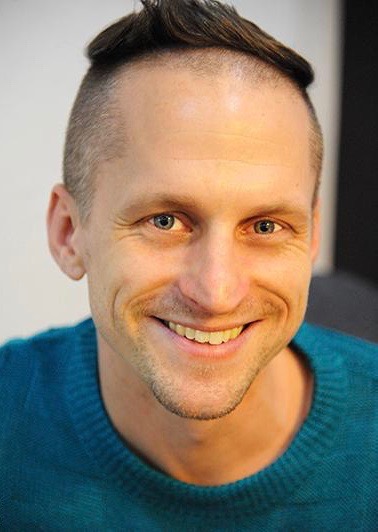 Co-founder/Co-director of LUCKY TRIMMER Tanz Performance Serie in Berlin from 2003-2010. Co-founded/Co-director of the platform Manoeuvres in Grenoble (F). Collaborator in 2015 on Störung/Hafraah, a collaborative research project with dance/science/philosophy and Parkinson’s Disease at its core, and continues this research today as associated artist to the non-profit DaPoPa.

He collaborated as a choreographer on the creation “Chaillot en partage a la Goutte d’Or” at Theatre Chaillot from 2017-18.

Beginning in 2016 he participates in various scientific and artistic research projects studying improvisation and attention in collaboration with the CNRS and Labodanse in Paris.