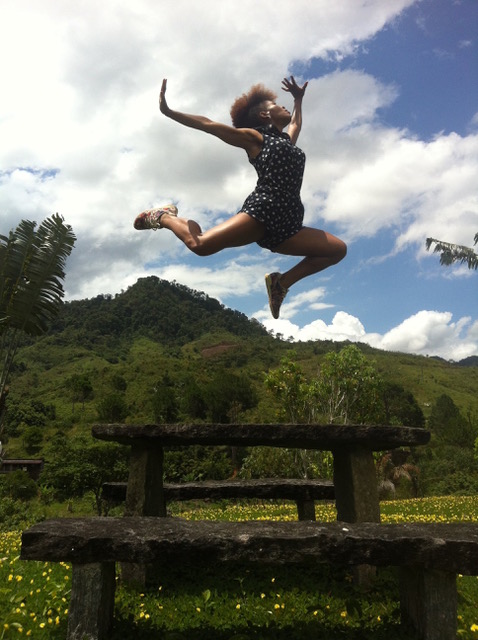 Born on 1. June 1981, Julie Iarisoa is a Malagasy choreographer and dancer, she lives and works in Madagascar, since 2004 director of the Anjorombala dance company, since 2015 of the Maray Space (dance studio and artist residency, a project, supported by the “Coup de Pouce” program of the Ecole des Sables). From 2011 to 2014 initiator and artistic director of the international dance workshop “Arts for dancers”, since 2008 creator of “Maray dance” (inspired by art and popular culture).

In 2004, The Anjorombala Dance Company was founded by Julie Iarisoa and consists of dancers and musicians from different styles: contemporary, urban, traditional, and popular. The company has created about 15 choreographies that have toured national and international festivals such as “Afriction Festival” in Germany 2014, “East African Tour” 2015, “Danse Péi” in Reunion Island 2014, “Danse L’Afrique Danse” in Bamako, Paris, South Africa 2006, 2010 and 2012. She owns the “puma creative” award for female choreographers in 2010 during the “Dance Africa dance festival” with one of her group works.

Her training began at the age of 8 when she attended her first dance class in Antananarivo (Madagascar). In 2000 she attended several courses with local and foreign choreographers such as Ariry Andriamoratsiresy, Eric Mezino, Herwann Asseh, Opiyo Okach, Salia Sanou, Bernardo Montet, Valerie Berger. She completed a one-year training at the Mediterranean Centre for Contemporary Dance in Tunisia in 2007, a “chrysalis” training at the Ecole des Sables in Senegal in 2010, a three-month “Parts-Ecole des Sables” internship in Senegal in 2012, and a “Performance Lab” in Kenya in 2011.