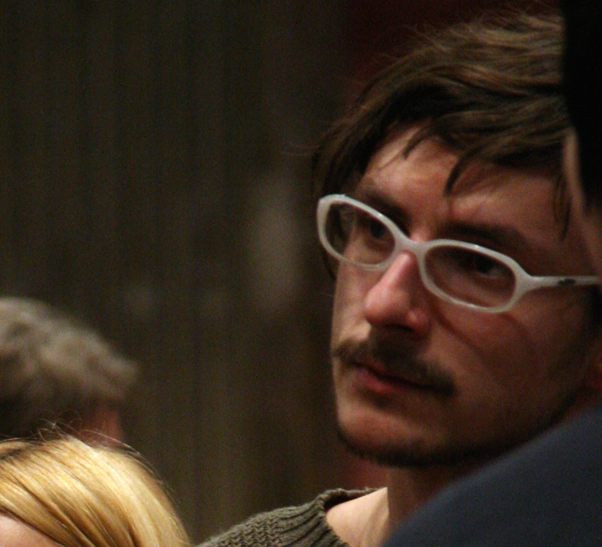 Mirko Winkel was born in the GDR and lives in Berlin and Vienna. He studied fine arts and performance art with Marina Abramovic and Christoph Schlingensief and completed a master’s degree in solo/dance/authoring at the University of the Arts and the HfS Ernst Busch Berlin.

His research-based, primarily collaborative works include performances, videos, lectures and texts, but also spatial concepts, ideas and suggestions for improvement. He is co-founder of the Freie Klasse Braunschweig (Theaterformen 2004, Elektropopklub 2005) and the agency Mysafir (9th Istanbul Biennale) and was part of a one-year theatrical experiment on the complete works of Heiner Müller (“Jenseits des Todes – HM3”, Vienna 2006). Together with Doreen Uhlig he developed the “Theses on Performance Art” (Life Art Festival Beijing), with Alex Gerbaulet he developed a film about juvenile neo-Nazis in an East German prison, with Anat Eisenberg he realized a walk-in installation in an Istanbul luxury apartment, which in turn was newly adapted for the Munich Volkstheater “Radikal jung 2014”. In co-direction with Martin Schick, he developed a casting show for the Konzert Theater Bern, in which the greatest Swiss problems competed against each other. He is currently developing a film about the new building of the Brandenburg Parliament in the shape of the Potsdam City Palace and with “Protein” he conceived a magazine about aging. For three years he has been teaching at the Institute for Performative Arts and Education at the Braunschweig Art Academy.

Since 2008 he has been working in various functions in the productions of Christoph Winkler.