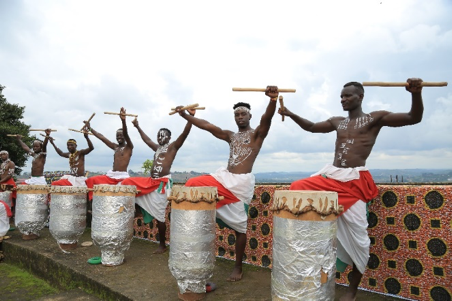 The group began with two members back in 2010.
The initial idea has been developed in Burundi because in Uganda there wasn’t enough professional drums players.
Having reached a sufficient number of members the group left Burundi and moved to Uganda. Once there they joined the well-know Ndere Troupe in several performances.
Afterwards there was the opportunity to join the Sosoliye Ondugu Dance academy. At the point the group split in two.
Currently Intare is performing with various dance and performance companies all over Africa.