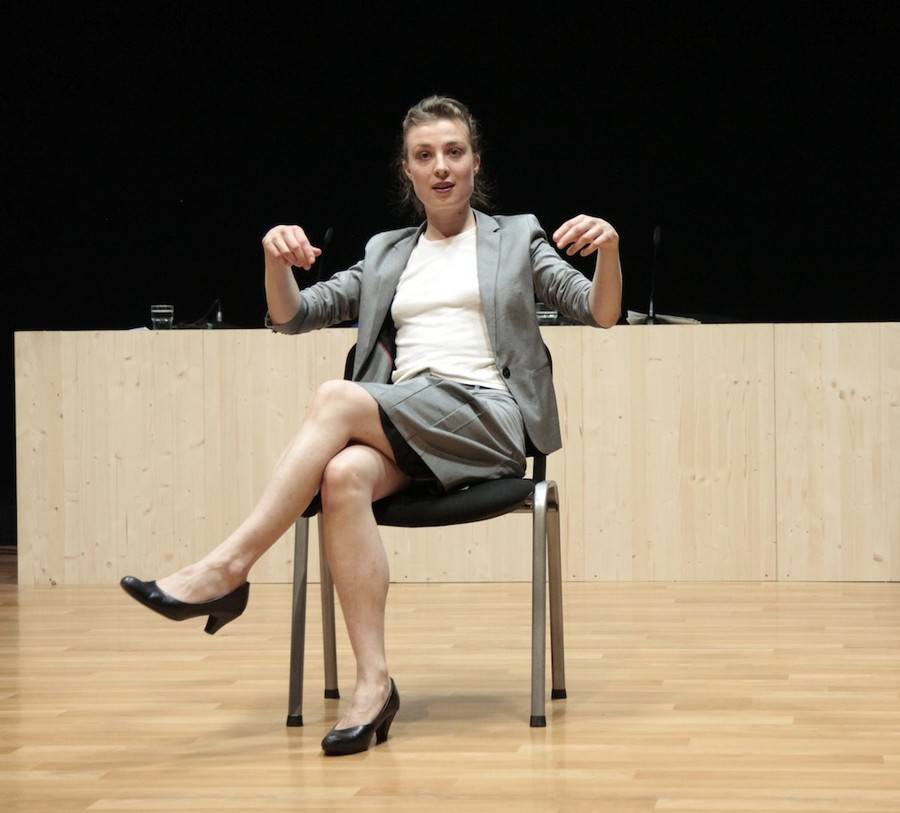 Katharina Meves studied at SEAD, Salzburg and was a recipient of the DanceWEB scholarship 2009. In Austria she has performed with Georg Blaschke and Liquid Loft/Chris Haring, e.g. in the Posing Project B – The Art of Seduction, which was awarded the Golden Lion at the Biennale di Venezia 2007. She also acted in the film Burning Palace by Mara Mattuschka and Chris Haring, which received the Kurzfilmtage Oberhausen Prize in 2009. In Germany, she has worked e.g. with Lara Kugelmann, Ingo Reulecke, Lukas Matthaei, Lubricat, Ayat Najafi, Louise Wagner and Anna Malunat. She has also been dancing with the T.r.a.s.h. Dance Company in the Netherlands since 2011.