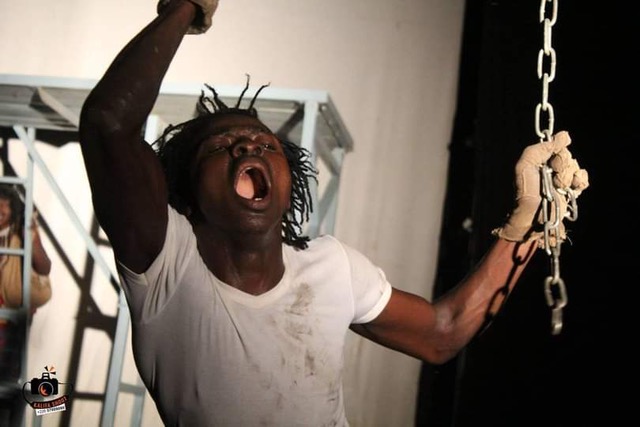 He decided to make art his profession and started courses in theatre, dance and music with directors Innocent KABORE and Abidine DIOARY at the Bouamani Africa Centre (Ouagadougou). He learns the basics of rhythm, awareness of space, mobilization of emotions on stage. This allowed him to deepen his practice of traditional dances and discover contemporary dance.

To further improve himself, he integrates a second time a professional training in contemporary dance at the Centre de Développement Chorégraphique- (CDC) la Termitière promotion “Yeleen Don” from 2015 to 2017.
In 2018, he completed a four-month training entitled “The Art of Teaching Dance”, the first part of which took place at L’école des Sables in Toubab Dialaw, Senegal, and the second part at the Centre de Développement Chorégraphique- (CDC) la Termitière in Burkina Faso with Raouf TCHAKONDO, Sylvie FORTIN, sherry SABLE, Christine LENTHERIC, Lila GREEN, Emmanuelle LYON, Patrick ACOGNY, Fatou TRAORE and Bienvenu BAZIE. This training leads to a teaching diploma in dance.
He will also participate in the 2019 festival “Agogo” in Ouidah, Benin in “Trace” in duet with Charlemagne KABORE.
In December 2019, he will participate in the artistic laboratory “Ankata Coaching” with Serge Aimé COULIBALY, Tiken Jah FAKOLY, Irène TASSEMBEDO, Agathe KONATE.
In 2020, he performed in a creation ” Barbès ” by the choreographer Levy KOAMA.
He performed Innocent body 14 December 2020 at the international festival of dance Dialogue of the Body.